OK, two of the coolest fonts of information to cross my digital transom of late were easy-to understand (my favorite kind) charts. 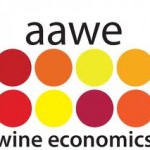 The most recent came as part of a blog post headlined “The case for cheaper wine, in one chart.” Based on an article from the estimable academicians at the American Association of Wine Economists, it shows how each state ranks in wine consumption and traffic fatalities per capita.

Upshot: the more wine-centric a state’s alcohol consumers are, the fewer people who die in crashes. Makes sense to me, since wine drinkers tend more toward sipping than guzzling.

Earlier, the savvy folks at Minnesota wine wholesaler the Wine Company shared a swell graphic that broke down styles of Champagne (the ones from that region, although 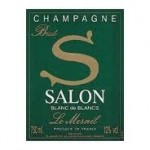 it works for all sparkling wines) along masculine/feminine flavor/texture/aroma lines. The Salon at left, for example, slots in at the feminine end.

This is a brilliant approach, I think, simple yet insightful and incisive. But of course I greatly admire anything that elucidates any aspect of the wine world for those of us trying to understand what it’s all about.