My way better half and I were thoroughly enjoying a rollicking performance by the Mavericks when I got to thinking – damn you, ADHD! — about what wine would be appropriate for this wondrous music.

I finally came up with a bracing moscato like the Botani from Spain — ripe, playful and sweet with a sturdy backbone — but of course nothing like that was available from the scanty offerings at this or most any concert. So I had another beer.

But I’ve been thinking about tying this together for a while. It’s exceedingly difficult to describe wines in a fresh and interesting ways. The estimable Karen 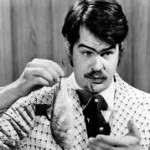 MacNeil has talked about wanting to use sound wave metaphors. I had the great good fortune of interviewing Dan Aykroyd a while back about his two wines and asked him, “If these were Dan Ackroyd characters, which ones would they be?” Jay McInerney tells a story about editors banning him from continuing to compare wines from Chablis to Kate Moss and over extracted California chardonnays to Pamela Sue Anderson.

There’s definitely a viable connection between wine and music, and not just that I love love love them both. Gabrielle Schaffer and Adam McClary of Gamling & McDuck used to (and still might) pipe in music for the benefit of their fermenting juice. A recent Wine Searcher story told of a Chilean garagiste who has gone a step further, pumping music into the barrels.

In the past, I’ve had some cookbook ideas, and the one common thread was that I would recommend an album to play while consuming each dish, and perhaps another one to partake of while preparing it. It should be simple enough to do that with wines (except when it’s not).

So I’m going to give it a try, but probably not universally. With some recommended wines, I’ll tout some tune-age to play while savoring it, with a link to a video of the artist(s). And when writing about different styles of a particular varietal, I might take a stab at musical metaphors.

The key, as with everything, is not overdoing or forcing it. That’s a bit daunting given how hard it was to work the other way, sussing out a wine to pair with a band that I love as much as the Mavericks.

What I’m hoping is that it might work like the numerical ratings that I give to wines for my own use. After doing it for a while and often laboring to land on 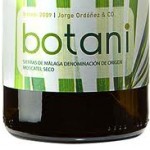 the just-right number, after a while that digit would just pop into my head and feel spot-on from the get-go. Of course, unlike such numbers, there probably is more than one just-right option when aligning an album with a wine.

In the meantime,  the next time I’m listening to the Mavericks, I’m going to pull out a Botani. Perfect pairings are very hard to come by, so I’ll settle for pretty damn good.