When hanging around grape nuts, it doesn’t take much of an ear to pick up some nice tidbits. A few recent gleanings:

• The conversation was about Vouvrays, and how tasty the ones that get to the hinterlands generally are. Not surprisingly, that’s the result of importers wading through a lot of dreck to get to the 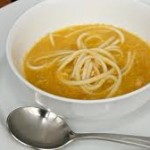 good stuff that might actually sell here. The truth, according to my importer friend Annette, is that “Most Vouvrays smell like either pond algae or chicken noodle soup.”

• I can’t remember if I jotted this down from Michael Steinberger’s upcoming book or an online article, but I like this analogy: Most of the wine people buy (meaning under-$10 stuff, since the average U.S. purchase is $6.88) is like fast food, and most of the over-$12 stuff is like slow food. There’s nothing, btw, wrong with either; this is about the intent of the producers, whether to make something with mass appeal, or to go for the cork dorks.

• I had a couple of wonderful meals at the new Nashville outpost of Charleston’s iconic Husk restaurant and loved the offerings on the wine list ““ beautifully chosen, fairly priced. But I wasn’t sure what to make of the format, which is categorized not by regions or grapes or 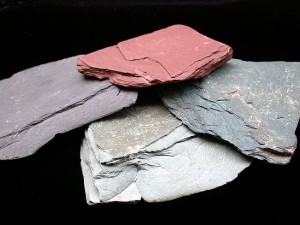 styles but by geology: Alluvial (clay, silt, sand, gravel), Volcanic, Limestone, Slate (left) and Primary Rock. It’s a wine geek’s dream, of course, and could be an interesting learning opportunity for others. But I’m not positive that it actually will make the often-daunting ordering process easier for non-geeks. Good for Husk for boldly going there, though.

• At my first Husk meal, we had a quandary: My friend Albie brought a 1990 M. Chapoutier La Sizeranne Hermitage that showed virtually nothing upon first pour. It seemed the wrong age for a “dead” period, and the wine wasn’t bad, just utterly without expression. We pondered decanting it, but that’s always dicey with a wine of that age. So I chose a wine from the Slate category, a delicious Pasanau Priorat blend (grenache, mazuelo, syrah, cab, merlot). By the time we had finished that, the Hermitage had sprung to life in a big, beautiful way, but we had to leave for a concert. We glugged down a bit of it, and I’m guessing Albie enjoyed the rest of that puppy mightily the next night. Moral: With old wines, ya never know.