It’s been fun being me of late, with several experiences to recount:

• More and more in recent years, I have found California cabernets/Bordeaux blends to be largely uninteresting, often 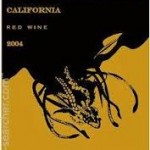 monolithic and sometimes just plain boring. And that’s the high-end stuff. Well, thanks to Allen W. Witcher, managing partner at the local Capital Grille, I found one I really like, and it’s not too spendy ($48 a bottle). It’s called Leviathan, and is a side project for the winemaker at Screaming Eagle. The 2011 is earthy/herby but also packed with stuffing and fabulous acid/fruit/tannin/alcohol harmony. Yum.

• At a recent gathering my friend Mark brought a 1990 Barolo. It was tasty but not transcendent, and a reminder of why I tend to err on the side of drinking red wine younger than older. As Mark pointed out, “old Barolo tastes like old Bordeaux” — in other words, as good wines age, they lose the identity of their grape and site and become much more alike than when they’re younger. 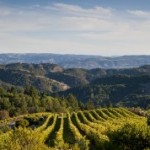 • The highlight of a Napa visit earlier this year was a visit to mountain vineyards owned by Jackson Family Wines, with the charming Kristen Reitzell of the Spire Collection as my host/chauffeur. First we went up Mount Veeder to the Mt. Brave property, which is lovely even by Napa standards. I recognized the building where the site’s former owner, Chateau Potelle, held its tastings. As good as Potelle’s wines were (they had a line called VGS, for Very Good Shit, that lived up to its name), the Jackson folks have made improvements that produce even better juice under the Mt. Brave label. 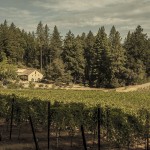 Then we crossed the Napa Valley and climbed Howell Mountain to some remote vineyards where the La Jota wines are sourced. Like most vineyards, it was beautiful, but it also had a mystical feel to it, an ineffable sensation that something really special was happening here. The wine we drank the next day, not surprisingly, had a surpassing “sense of place.” Double yum.

“Toasted Head Cannabis Sauvignon: Oh Em Gee. This is a mind-blowing wine! Wooooooo! In the glass, it’s like a magenta kaleidoscope of shimmering, uh, wineness. On the nose, it reeks (and I mean that in a good way) of stoned fruits and wet earth. And if ever a wine was herbaceous, it’s this one. In the mouth, it turned my tongue into Playland at the Beach. Especially the Fun House. Yeah. Wow. Look at my head in that mirror! And Dudes, you really must pair this wine with food. Lots and lots of food. Like especially Taquitos, and Cheese Puffs, and that Munchie Pack that Jack in the Box serves after 11pm. Awright awright awright! Best of all, it’s only $4.20 a bottle, but I highly recommend getting a magnum so you can pass it around at your next party.”