Some past, present and future stuff worth sharing:

• This is NOT to be missed: Bill Hooper is just about the coolest person I’ve met in the wine world, fun and super-bright and passionate. His new project is exemplary. The event is a whopping 10 bucks, and you get a nice little buzz before going out on a Saturday night.

• One of my other favorite people in the wine world is the irrepressible Mel Masters. He was in town recently with his son Charlie to 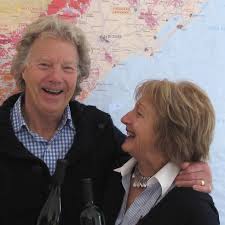 promote the fabulous wines in their new collaboration called Le Charmel. Charlie shared a sweet anecdote about his mom, Janie (at left, with Mel):

“[I spent] from age 16 till 20 in the beautiful vineyards and cellars of Bordeaux in the town of Margaux at Chateau Prieure Lichine. I worked for Alexis Lichine and studied wine for 4 years. I remember telling my mother on returning from France that I was terrified that I would not know everything about wine. She calmly walked over to me and grabbed my shoulders and said, ‘Son, wine is like women. … You can study them all your life and you will never figure them out. And when you get enough of them, they make you feel warm and fuzzy inside.’ ”

• I get a daily email from a website called Delancey Place, book excerpts that are splendidly chosen. Here’s part of one from the 2013 book “Salt Sugar Fat: How the Food Giants Hooked Us” by Michael Moss. It’s especially relevant for those who say they don’t like sweet wines: 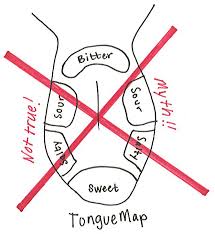 “Forget what we learned in school from that old diagram called the tongue map, the one that says our five main tastes are detected by five distinct parts of the tongue. That the back has a big zone for blasts of bitter, the sides grab the sour and the salty, and the tip of the tongue has that one single spot for sweet. The tongue map is wrong. As researchers would discover in the 1970s, its creators misinterpreted the work of a German graduate student that was published in 1901; his experiments showed only that we might taste a little more sweetness on the tip of the tongue. In truth, the entire mouth goes crazy for sugar, including the upper reaches known as the palate. There are special receptors for sweetness in every one of the mouth’s ten thousand taste buds, and they are all hooked up, one way or another, to the parts of the brain known as the pleasure zones, where we get rewarded for stoking our bodies with energy. But our zeal doesn’t stop there. Scientists are now finding taste receptors that light up for sugar all the way down our esophagus to our stomach and pancreas, and they appear to be intricately tied to our appetites.”