“This is the best corked wine I’ve ever had,” my friend Craig said, and it was as hard to argue as it was not to guffaw. This was but one of many moments of merriment at an occasion that included five golden puns, four courses of great food, three Sine Qua Nons, two new nicknames for our hirsute friend Mike and one use of the phrase “pee woodies.”

In other words, your standard Syrah Night. 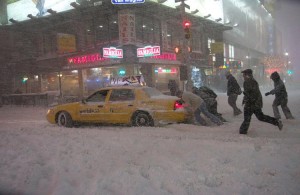 We have these things a couple of times every winter “” spurred by my buddy Joe’s spot-on declaration that we have a loooong syrah season here in Tundraland “” but this was the first one ever held in late May. (It actually was postponed from late April, when a hellacious snowstorm would have made transport home ill-advised and/or mighty spendy.)

It also was the first one held in a restaurant, or anyplace other than Chez Ward. Chef Jeremy at Mission American Kitchen did his usual outstanding job “” the peppery New York strip and Korean short rib appetizer were my favorite syrah pairings “” and we had a room to ourselves.

Which was a good thing because, as usual, it got raucous rapidly on Syrah Night. We raced through some whites, the ’06 Perraud Clisson Muscadet and ’08 Jermann Vintage Tunina seriously standing out, before Mike sipped the first syrah and bellowed, “Corked!”

Murmurs followed as we sipped the wines, ranging from “well, maybe” to “nah” to “best 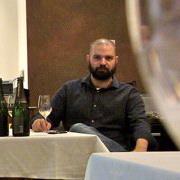 ‘corked’ wine ever” as Craig whistled our trademark Mike clarion call and proposed that our shaved-head, thicket-faced friend be dubbed “The Bearded Clam,” or perhaps “Uncle Clamsly.”

I’m not worth spit at picking up small amounts of TCA, but during the course of the night, others who are went back and forth on the corkitude of this wine. The verdict: whothehellknows?

Perhaps most fascinating was the father-and-son tandem of ’07 Crozes-Hermitages from Alain Graillot and offspring Maxime’s Domaine Des Lises. Pere lost this battle, despite a stout effort that expressed the terroir splendidly but was not quite as balanced as fils’ hearty masterpiece.

We vacillated mightily, and robustly, on which was the best of the SQNs. The ’96 was fresh and vibrant, the ’06 robust and sensuous and the ’05 (left) filled with mystery, which made a couple of us wonder if it might have the best aging potential.

There was no mystery about the banter throughout the proceedings, leading down to Mike maligning Joe’s manliness, which prodded me to opine that I was pretty sure he at least got “pee woodies.”

A few minutes later, my way better half arrived outside to fetch me from the festivities (chronicled by Reid Plumbo below) “” way too wise to journey into what my friend Angela dubbed “that sausage gathering.” 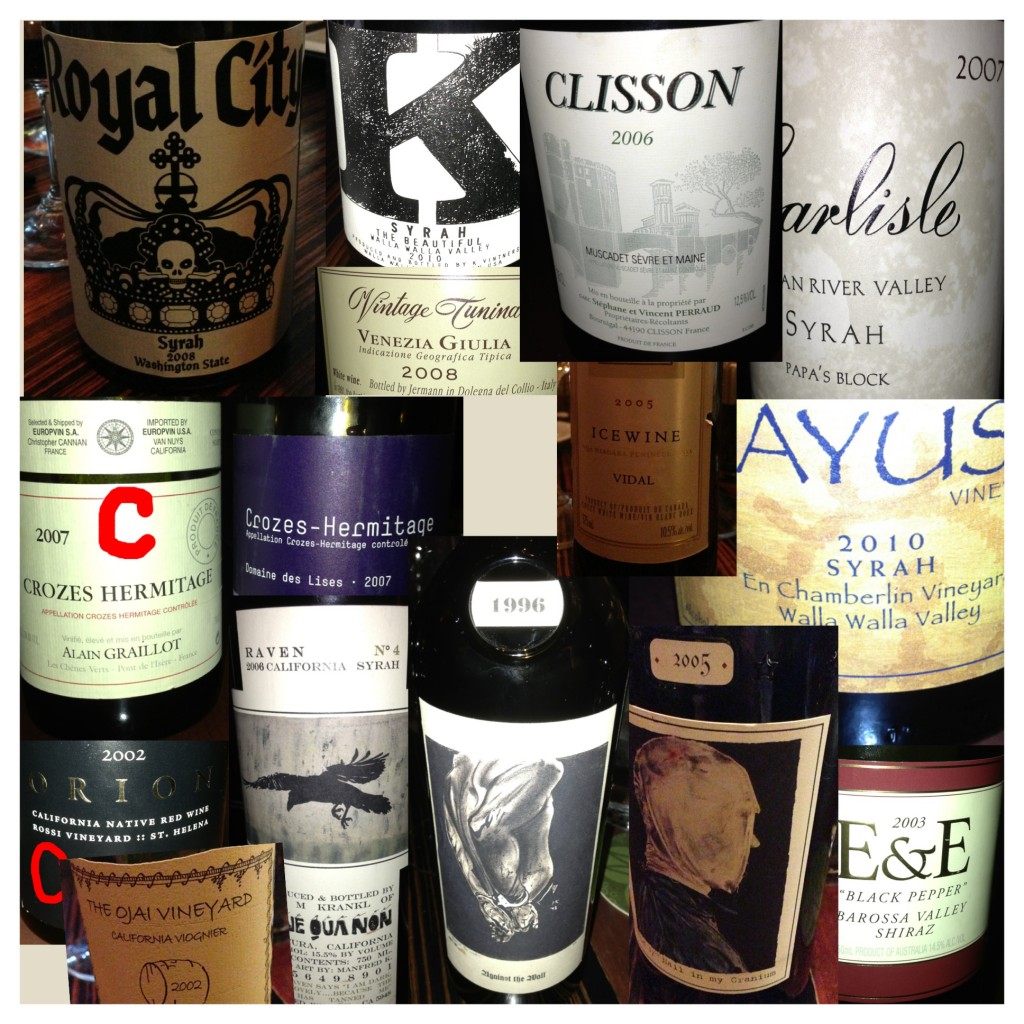