I left a dirty little secret out of my most recent Liquid Assets column, which was about how consumers who used to buy a lot of $20 to $50 wines had “traded down,” found great value in the $12 to $20 range and were likely to stay there. And how some wineries had declassified or renamed some formerly spendy juice to fit the lower tariffs of the post-bubble wine economy.

But what I didn’t address directly, although I believe it was implied, is that a lot of wineries found themselves seriously backed up, with pallets full of older wine gathering warehouse dust as the newer vintages also got bottled. So they basically decided to “dump” the older vintages. Wholesalers were offering retailers and restaurateurs deals such as “buy five cases, get two [or even three] free. 

In most cases, those savings were passed on to consumers. But sometimes only to a degree. And some of the wines weren’t a great bargain at any price, either because the winery’s quality has fallen off or the bottles had been sitting (or standing ““ not good) around too long in less than optimum conditions. (Another dirty little secret: Some wholesalers are not quality-conscious enough to keep their warehouses as cool as they should be.)

People are more value-conscious than ever, and that makes it easy to forget that just because an item, especially something as perishable as wine, if marked down mightily doesn’t mean it’s a great value. An $8 wine, even if it used to be $18, is worth exactly $0 if you don’t like it.

That is yet another reason that it’s absolutely, positively, indubitably essential to develop up-close-and-personal relationships with one or more wine-mongers. They’re the ones who can tell you when something has come in that fits your palate and wallet ““ and warn you about that large display that might look like a steal but will leave you bellowing “I wuz robbed.  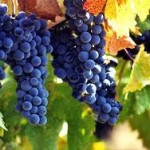 I also left out a category that falls into the “exception that proves the rule” department. Oregon wines that were priced from $20 to $50 have basically held tight on prices and done just fine. Credit the business world’s most tried and true axiom: We’re still showin’ the love for pinot noir (left), and almost all Oregon producers make relatively small amounts. A killer 2008 vintage certainly didn’t hurt.

“People come in, and they’ll pay for that,” said Corey Burstad, owner of two Tournament Liquor stores. “Oregon has really niched itself in that price range. “¦ and people realize that it’s not worth it to slum in pinot. 