Master somm Fred Dame is a daunting figure in the movie “Somm” and has a reputation in some circles of being, well, prickly. So upon learning that I was to be on his panel at Pacific Rim, I checked with my somm friend Peter, who told me not to be at all concerned. 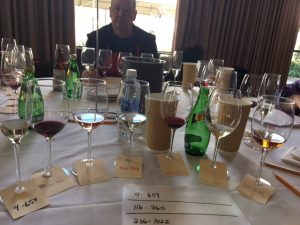 As we began our judging, Dame (left, behind our best-of-class sweepstakes flight), perhaps mindful of his reputation, quipped “oh, I left my cattle prod at home.” The rest of us on the panel laughed, and did so again early and often as we plowed through about 130 wines. Dame was a stone-cold delight, open with his knowledge and with his family life, warm and collegial.

As usual, there were highlights — of seven sangioveses entered, we gave gold medals to four and silvers to the rest — and a few lowlights. The latter, of course, provided fodder for more than a few gibes.

As one of the staffers came to empty the dump bucket for a particularly uneven flight, Fred quipped, “Better bring in a Haz Mat Team for that.” But he edified as well as entertained, pointing out with a misbegotten cabernet that “it smells like the ML [malolactic fermentation] went way wrong on that.” Now I’ll know what happened next time I encounter that aroma.

The worst group by far was “Meritage Under $30,” which made me wonder why wineries are using that pretentious designation for less expensive stuff. Best guess: to make a silk purse of a sow’s ear, but that actually is an insult to our porcine pals.

Anyway, two of the entries were mephitic miasma in a glass. And of course when encountering something this olid, one has no choice but to share, in this case with another panel. It rendered them speechless, except for my clever friend Spreti, who said in all seriousness, “It smells like a donkey took a bath in it.” To me, it smelled like a donkey had pooped in it, but no need to quibble in this case. 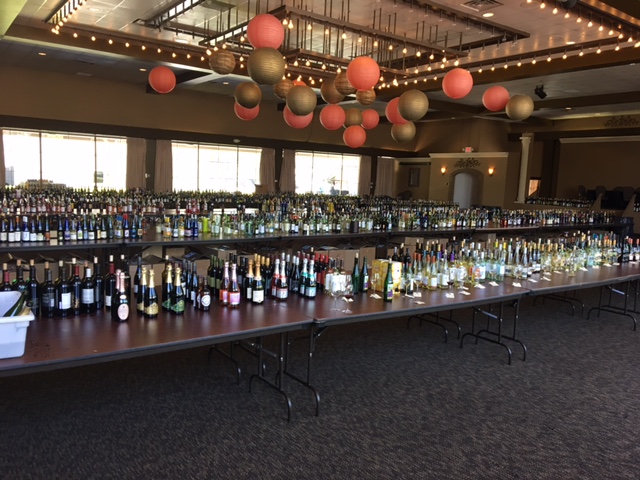 Most of the wines in the thousand or so entries (above) were actually worthwhile. The winners (all worth your while):