I also love linkin’, even though I have been sidelined from doing it for a while. In an effort to catch up:

• One of the best info-graphics I’ve ever seen “” which makes it one of the foremost where-did-the-morning-go? time sucks of all time “” delineates which brands are owned by which companies in the wine world. You’ve been warned.

• This video of a Rube Goldberg corkscrew takes a little while to get going but is worth the wait. Might oughta go on my Xmas list. 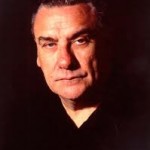 • Speaking of wacky concoctions that include a corkscrew, this one is the brainchild of Bill Ward “” not the one you’re presently reading, who’s not nearly so clever, or the similarly named drummer of Black Sabbath (left).

• I’m also not clever enough to have devised nor young enough to want to consume this stuff, liquor guaranteed to have been poured over ta-tas.

• I’m not going to reveal how many of Wine Folly’s “signs you might be a wine geek” apply to me. But it’s more than one, plus some not listed that might be more alarming.

• Finally, I’m always a sucker for puns that take me a sec (or three) to figure out, and this brand name applies.