Well now they’ve done it. Yes, they’ve gone and made milkshakes with wine. I suppose I shouldn’t caterwaul too much, since I often whip up raspberry-zinfandel sorbet. But still … it’s at least good to know that the world is filled with this and other semi-noteworthy wine news, including: 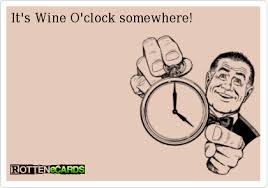 • In an updating of those “It’s wine o’clock somewhere” memes, a survey has determined that time to be 6:52 p.m. One respondent called it “the point when your day is officially over,” but for many of us, that’s when it’s just beginning.

• One of the most interesting reads I’ve stumbled across in recent times comes from a new (to me) site called VinePair and looks at many a millennia of transporting wine.

• A good while back, Linkin’ Logs connected you to a video that was what Ed Sullivan would have called “a really big shoe” So now the folks at NPR have tried the opening-wine-with-a-shoe trick with interesting results.