Two of my favorite American wine writers have smart takes on some Big Doings across the pond this week.

First, Bloomberg’s Elin McCoy, ever the voice of straight shootin’, takes a look at the latest Vintage of the Century in Bordeaux (what are we up to, four now?). She finds that, as usual, consumers can’t just cast caution to the wind and buy 2010 Bordeaux willy-nilly. 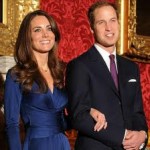 Millennium next week, and it appears that Kate and Wills might go the provincial route, with bubbly from merry ol’ England. There have been positive reports in recent years about sparkling stuff from those parts, but none have passed my lips; it will be interesting to see how this plays out, especially if the royal couple opts for something from elsewhere.

(Time for a shameless insert: A certain Star Tribune feature writer penned a feature on the brouhaha over William not donning a wedding band.)

Elsewhere on the Interwebs, there’s a nice cutting-through-the-BS post at Good Grape on California’s penchant for wanting to be like France.)

Everybody in the Jewish community kvetches about Manischewitz, but no one seems to do anything about it. Here’s an amusing look at why.

And for those vexed by the quandary of how to preserve an opened bottle of wine overnight, this dispatch from Canada has some answers. I especially like the last one.