Malbec was famed as the “black wine” of the Middle Ages; was a longtime staple in the 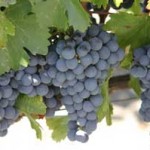 Loire Valley and Bordeaux; became a non-factor in the former and fell out of favor in the latter after a 1956 frost killed off three-quarters of the crop; emerged over the centuries as the grape in Cahors; somehow made its way to Argentina; was discarded there and then rocketed its way to an inextricable association with that country.

The ascension of the Argentine stuff has been meteoric and relentless. A few years back, I wrote a piece wondering “What is the next malbec, the up-and-coming hot thing in red wine?” The answer was malbec, and it still would be today, with double-figure U.S. sales increases every year.

For millions of consumers, Argentine malbec replaced Australian shiraz and California merlot as a go-to, easy-drinking-but-not-lacking-in-oomph red. As the groundbreaking

Easy-drinking malbec has merlot’s soft but firm tannins and plush, plummy, sometimes chocolate-y flavors, but more of cabernet’s earthiness and acidity. It stands up well to (judicious use of) wood and is less prone to flabbiness, although as with all red wines, some are too oaky and some are too jammy.

The versions from Cahors generally are darker and earthier with firmer tannins. Basically, 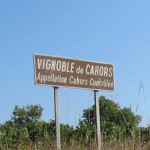 more Old World. It often is blended with merlot and/or tannat there, but Cahors reds must be at least 70 percent malbec and usually, like the ones from Argentina, are 100 percent.

Malbec was an Old World staple for centuries after its emergence as a hybrid of the now-obscure prunelard noir and magdelaine noire des charentes grapes. It now is much more prevalent in the New World, with continually increasing plantings in Washington, California (where it was widely grown before Prohibition) and Chile, as it prefers dry, milder climates in which it can ripen early.

In the grows-together, goes-together vein, malbec pairs well with Argentina’s most popular food, slabs o’ beef. It also works with pizza, portabella and other mushrooms, sausages and most Middle Eastern dishes. With some dark chocolate for dessert.