I was a bit late catching up with the brouhaha swirling these days around a certain Mr. Parker and his harsh words for many corners of the wine world. But this week’s torrent of pushback (here and here and here) fixed that, and how.

The back story: Robert Parker wrote a screed (behind a paywall) that called out those who pooh-pooh his palate (fair enough) but also those who tout types of wines that aren’t in his current wheelhouse. That’s where he stepped it it, saying

Now Mr. Parker is entitled to have and share his opinions, and I have long been a fan of the man and many of the wines he champions. And I have little use for the “absolutists” who extol “natural” wines or other esoterica when they eschew all the rest. But I fear that in this case Big Bob has hoisted his former self on his own petard.

His railing against those who “espouse, with enormous gusto and noise, grapes and wines that are virtually unknown” is actually a reminder of why so many of us started following the man a few decades ago: That’s pretty much what he was doing, shepherding us toward wines that we didn’t know anything about.

He steered me to a lot of wines that I still love. Through the Wine Advocate, I discovered Carlisle and Saxum, Sean Thackery and Sine Qua Non. I thoroughly explored the Rhône (at the time the only affordable French region producing such profound wines), Priorat and Paso Robles through his prose/palate.

Many if not most of us who were reading his stuff didn’t know much about then-obscure grapes such as mourvedre and viognier. But when we would try a little-known Parker-lauded wine and it proved delicious, we would trust him even more.

I didn’t care that he apparently didn’t “get” Burgundy, because I didn’t “get” it either at the time. I found the 100-point system way short of perfect (I’d rate it an 83) and occasionally meaningless. But it’s like what Winston Churchill said about 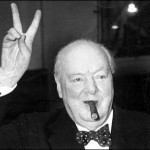 democracy: It’s the worst form of government except for all the rest. And as the years rolled by, I paid a lot more attention to the descriptions, which, while often thoroughly unctuous (in both meanings of that word), usually provided steerage on acidity, texture, structure, etc.

In other words, Parker’s reviews provided discovery, which is what we in the journalism biz constantly seek: to give readers a-ha or “I didn’t know that” or “I never thought about it that way” or “that sounds cool” moments.

And now, alas, Parker is slamming the people who are ballyhooing today’s more arcane offerings.  He writes about their “near-complete rejection of some of the finest grapes and the wines they produce.” Well, if they really are doing that, Bob, that’s their problem, not yours.