It sometimes seems unfathomable that sauvignon blanc, so lean and lovely, could be one of two parents (with cabernet franc) of cabernet sauvignon. But hey, I barely passed every science course I ever took, so what do I know? 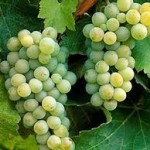 Actually, I do know that this fabulous grape finds wide-ranging expression depending on where it is grown: grassy and grapefruit-y in New Zealand, Chile and South Africa, often lush and tropical in California, minerally and precise in France’s Loire region, its birthplace. (Folks wanting to discover what they like could do worse than having a gathering where guests bring sauv blancs from different continents.)

In Bordeaux’s Graves area and sometimes in California and Washington, the grape often is blended with semilllon to add some richness and creaminess to bone-dry sauvignon blanc. Those grapes, along with muscadelle, also comprise the 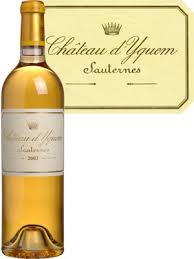 world’s most renowned dessert wines from the Sauternes region.

Aside from Sauternes, sauv blancs are meant to be consumed young, although some renditions from Loire subregions Sancerre and Pouilly-Fumé can take a little bottle aging.

Because of its acidic undertones, sauvignon blanc is a versatile pairing wine, rivaling riesling as the most versatile white at the dinner table. It plays well with fish and fowl, often works with some of the most difficult-to-match foods such as asparagus and artichokes and is spot-on for salads with vinaigrettes.

Prices vary, although they rarely exceed $40 even from Sancerre (and are worth it when they do, in my experience). Those wondering what the fuss is all about should try sauv blanca from nearby Touraine and then decide if they want to dive into Sancerre or Pouilly-Fumé. 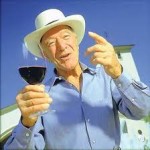 Robert Mondavi came up with the idea of labeling it with the French-sounding name “fumé blanc.” Many wineries still use that term, but it rarely is an indicator of how the wine will taste and thus is of little help to consumers.

Although styles vary, one aspect almost all sauv blancs share is powerful, sometimes pungent aromas. A lot depends on the compounds that come to the fore in different locales (thiols in richer iterations, pyrazine in the bell-peppery Kiwi wines).

Regardless, sauvignon blanc tends to be one of those wines that’s almost as much to smell as to taste.