Few issues in the wine world are as vexing to me as the three-tier system, in which our favorite beverage almost always goes from winery to distributor to store/restaurant before it gets to us.

On the one hand, having so many “middle men” who need to get a cut jacks up the prices we pay for wine. (It gets even worse when an importer is added to the mix.) On the other hand, if I were to order directly from the winery, the bottle cost is usually about the same. Which means: 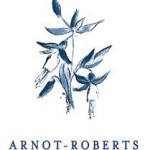 On the one hand, I like the notion of the winery, especially if it’s a smaller one trying to break through, getting the full price instead of having to settle for a good bit less money so that the wholesalers and retailers can take their cuts. On the other hand, when I buy a wine at a local store or restaurant, at least some of the money I’m spending stays in the community (an argument could be made that all of it does, since the wine’s already here).

On the one hand, many if not most states have less than ideal wholesaler situations, with only a handful of distributors, compounded by little or no access to direct purchases from wineries. On the other hand, we in Minnesota are blessed with big, small and in-between wholesalers, and thus a swell array of wines being sold here;  like me, they’re out there sampling like crazy, kissing a lot of frogs in search of the good stuff.

On the one hand, some states still ban their residents from a basic transaction that is at the heart of the system that many of the banning legislators regard as sacred: capitalism, in which a person can buy something from an out-of-state entity (winery or store) and have it shipped to them. On the other hand, we in Minnesota face only light, rarely enforced restriction: two cases per customer per year from an out-of-state entity.

So basically, we’ve got it pretty good in Minnesota. Not perfect, but, as homeboy Garrison Keillor would have it, well above average. And that’s the problem: Too many place are “below average,” fraught with stupid laws that basically get in the way of the wine biz operating as a free-market enterprise.

I have not seen much evidence that the three-tier system has any draconian effects here in Tundraland; quite the contrary, in fact. Would that this were true everywhere else. If I couldn’t have Carlisle and Arnot-Roberts 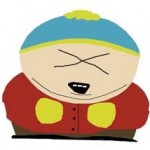 and A. Rafanelli wines shipped here, or if we didn’t have aggressive wholesalers bringing in new wines from all over the planet, I would be, not to put too fine a point on it, seriously pissed off.

As a result, I became a member of the American Wine Consumer Coalition, which is vying to enhance consumer rights all over. I hope that most of the AWCC’s efforts are aimed at getting rid of state and federal laws that are keeping consumers from buying the wines they want, especially direct from the winery, but how they go about their business is, well, their business.