On my second go-round in military school, I met Cadet Brooks, who was the first (and still only) person I encountered who went by the name of Kix. About a decade and a half later, we crossed paths again in Nashville, where he was a songwriter and good pal of one of my oldest friends.

Five years after that, Kix rocketed to fame and fortune after being paired with a dulcet-voiced dude named Ronnie Dunn. We stayed in touch sporadically, and I was always impressed that Kix had remained modest enough to marvel at the fact that women tossed their undergarments at him onstage.

Kix was always smart and focused, so it’s no surprise that when he decided to open a winery, he did it the right way. He and his spunky spouse Barbara (left) had enjoyed wine casually, then had their a-ha moment when a monthly wine club delivered a bottle of Chateau Mouton-Rothschild. “Barbara was cooking something and I gave it to her and she poured a little in with the chicken. And then we drank it and went “˜wow, this is not what we’ve been drinking.’ “

They had a church friend who was growing grapes that “made some bad wine,” Kix said, so they asked around about who in Tennessee “knows what they’re doing.” One name kept popping up: Kip Summers, winemaker at Beachaven in Clarksville, Tenn. “We tried his wine and really liked it.” 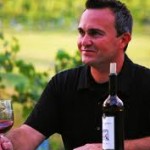 The Brookses decided to partner with Summers (left) and other investors and start their own winery. “We didn’t want our farm in Leiper’s Fork turned into a commercial entity,” Kix said of the acreage where he and Barbara train cutting horses. “Six months later, one of the partners, John Russell, called and said “˜hey, come look at this.’ And we went and saw this hill and said hey, there’s nothing like this in middle Tennessee.”

They bought the land in Arrington, 30 miles southeast of Nashville, and started planting vines. But most of Summers’ efforts went into buying West Coast grapes and turning them into delicious wines. “Kip has great relationships with growers in Napa and Washington,” Kix said.

That’s reflected in Arrington’s wines, particularly a beautifully balanced riesling, a charismatic, berry-laden Red Fox Red blend and a heady, spicy syrah. Summers’ best effort, though, is the KB308, a cabernet sourced from California (I’m guessing Oakville) with great depth, grip and length, as good a $50 cab as I’ve had in many a moon.

But making good wine, as many folks in the business have learned during the economic downturn, is not enough. Creating experiences that lure people not only to come to Arrington, but to come back, is just as crucial a component. So there are a boatload of picnic tables on the slope below the winery, plus musical and other events (it was the weekly “cigar night” when I visited).

It’s all worked well, almost too well in fact. “The biggest surprise has been the growth,” Kix 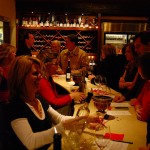 said. “We thought we’d do a couple of concerts and weddings and good Saturday business.” Instead, the demand for weddings has prompted Arrington to buy an adjacent 25 acres for a wedding center, and the demand for the wine has pushed production from 3,000 to 14,000 cases a year — most of it sold at the winery.

“I never, ever thought that just on its own, this would be so big a point of distribution,” said Brooks, who cited “good local music and plenty of bathrooms” as factors in the tasting facility’s success. Having an ever-gracious, ever-smiling country-music star around regularly probably hasn’t hurt.