I used to get pretty invested in the Oscars and postseason awards in baseball and basketball. 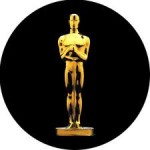 It was a weird deal: When the voters picked the film or individual I would have chosen, it made me feel better about myself, or at least my acumen in that particular realm. And when they anointed some (in my view) undeserving winner, my response was “What is the matter with these people?” In other words, it was either my good or their bad.

For some reason, I tend to view wine awards somewhat differently. If they select a few wines that I really like, I tend to give them the benefit of the doubt on the ones I haven’t sampled. They must know what they’re doing, if they love some of the the same bottles I do.

So when Food & Wine included several personal favorites in last year’s lists of best American wines under $20 and best over $20, I sought out the wines I hadn’t tried, and was not disappointed. Ray Isle & Co. just flat knocked it out of the park.

I’ve come to regard Sunset magazine’s Western Wine Awards almost as highly, and the 2011 accolades, released Wednesday, reinforced that belief. Not only are the wine accolades incisive and not too predictable (love that Gruet and Sinskey “Abraxas,” for starters), but the individuals being feted are nigh onto brilliant selections. 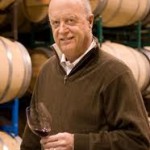 Anyone looking to start or enhance a cellar could do a lot worse than seeking out not only the winners above but the finalists in each category. I know I’ll be looking for some of these gems.