I was not surprised at all to come across this story about a recent spike in California grape prices. That’s because during the last two weeks, I have broken bread with two vintners who brought up the topic.

First, Miro Tcholakov, winemaker at Trentadue and Miro vineyards and an avid follower of North Country growers, proclaimed that after several years of falling prices, some of them drastic, “the good deals from growers are going to be over.” 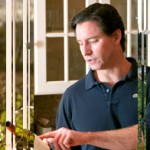 He added with a hearty laugh, “Too bad for Cameron Hughes [left].” (Hughes is a negotiant who has been spanning the globe to find bargain prices for good grapes and making smallish lots from them.)

Later, Peter Mondavi Jr. of Charles Krug told me, “This year as a grower you can name your price. As a negotiant, if you haven’t secured an agreement, you’re out of luck.” He mentioned a sign that had stood for weeks along Napa’s Hwy. 29 in 2009 reading “Cabernet grapes $2,000/ton” and said today’s spot market has prices in the $4,500-per-ton range for cab.

Part of this stems from the world’s oldest economic law. The supply of grapes from the 2010 and 2011 harvests has been down, often markedly, because of the weather. The upshot:

• For grape growers, most of whom are the quintessential small business that Americans like to root for, this is all good, even if they have fewer grapes to sell. They got hammered during the first few years of the recession.

• For consumers, it’s good and bad news. Cameron Hughes and many other negotiants made a lot of good wine and for the most part passed along the savings to consumers. When grape prices go up, what we pay does, too (general rule of thumb: take off two zeroes from the price per ton to get the bottle price, e.g. $4,500/ton grapes = $45/bottle wine). 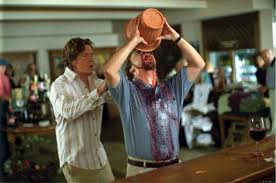 • For those who went down the “Sideways” path, the news is good. Maybe. Pinot noir prices fell 12.7 percent to $1,265.90 a ton, so if producers don’t try to nail us by saying “we have to raise the price because of low yields,” it’s all good. Since in many cases pinot retail prices might have reached a saturation point, wineries might be loathe to trot out that canard. I hope.

• For merlot lovers, it could go either way. Merlot prices rose 13 percent to $691.05 a ton, but Mondavi thinks the merlot market might see a ripple effect. “The rise in cabernet prices could push some consumers to merlot,” he said.

So I’m happy for the growers, especially the little guys, and pleased that unfairly maligned merlot (the good stuff, anyway) might continue its renaissance.The drop in pinot prices might be an indication that vintners realize, as with merlot a decade ago, there’s a lot of plonk out there.

And while it’s possible there will be some price hikes at the under-$25 levels where most of us shop, the reality is that these wineries have to compete with good, inexpensive stuff from all over the world; a decade or more ago, they would have been vying mostly with one another. Oh, and I’m guessing that Cameron Hughes will more than survive, continuing to release high-value wine from here, there and everywhere.