(This is one in a series of travel guides to wine regions by people whom I trust mightily. Steven is a travel buff and wine savant with impeccable taste.)

By Steven Walker
South American wines offer value, taste and variety, and if you’ve had any experience with them, you probably have come to know the wines of Mendoza, Argentina. But travel guides like Frommer’s and a growing number of blogs suggest northwest Argentina as a place to experience the “true South American indigenous vibe” and a small but ambitious wine region.

To get there, you fly into Salta, which is both a city and a province. The town of 500,000 feels much smaller and laid back. Cafayate, 120 miles to the southwest, is a wine town with quiet charm and easily accessible wineries, many within walking distance of each 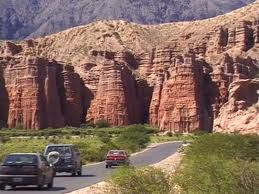 other. You can take a bus from Salta to Cafayate, but rent a car. It’s an easy drive of about 3 hours mostly due to the winding roads and slow traffic, but what a spectacular drive.

The better accommodations seem to be located outside of town, not far, but a car allows you to come and go at will. Frommer’s advises that there are more than 25 wineries in the area, and we found that many are just off the Cafayate central plaza.

We were on a quest to understand torrontés, the white grape that seemingly reaches its best potential in this part of Argentina. What we found was a very drinkable white wine that was frequently juicy and almost rich and at other times reminded us of a crisp sauvignon blanc with tropical fruit notes.

What we didn’t experience was disappointment. We came armed with names of a few producers and took chances on others, but each bottle was tasty and some were spectacular. While torrontés is produced in other parts of Argentina, we kept solely to those wineries producing out of the Salta region. 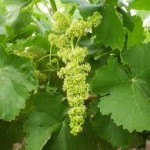 Every restaurant in Salta city and Cafayate, as well as most in Buenos Aires, offered torrontés at stunningly low prices. In part due to a strong U.S. dollar and, I suspect, the early stage development of the Salta wine industry, most were selling for around $13.

A word of caution about retail sales: I worried about temperature control as it got rather hot some days. And in some shops wine stood in the windows. Enticing to look at, but questionable as to what this temperature torture was doing to the wine. The mid-priced and better restaurants often had visible temperature-controlled storage. That said, we didn’t run into any spoiled or cooked wines.

We went to three wineries around the Cafayate central plaza. Bodega Nanni provided a welcoming place focusing on organic wines with a charming tasting room and small garden. It was the only place where we also were able to taste tannat, a delicious red wine recommended by Hugh Johnson in his “2011 Pocket Wine Book” as a reasonably priced alternative to Paulliac. Mr. Johnson specifically recommends Cafayate Tannat, but we didn’t find it at retail or in cafes. 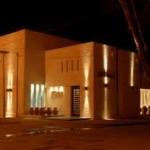 We moved on to Pietro Marini wines at Bodega El Transito, which proved a very informational visit. The grandson of the founder and the current winemaker was present and spoke good English. We had a lengthy conversation about the region, its wines and development, and the historical impact Italian winemaking has had in northwestern Argentina. Pietro Marini wines are exported to about two dozen U.S. states, but may still be difficult to find. Definitely worth a try if you do find one.

We attempted to visit two other wineries, but both were closed despite posted hours that would indicate otherwise. Not to worry: Situated two blocks outside the south end of town is Bodega Domingo Hermanos, a large and well-organized winery. A tour was starting just as we arrived, but we opted to walk the picturesque grounds and head back to our nearby 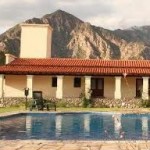 accommodations at the Cafayate Wine Resort (left), where they were just starting their nightly complimentary wine service.

On each of our three nights there, we were served a delicious torrontés with flavor characteristics at once familiar and different from all the others torrontés we had already experienced.

We had a standout meal here in their rather formal dining room with quiet atmosphere and an ambitious menu. I’d characterize it as Argentinean cuisine with European influences. Delicious and relaxing. It proved to be one of our more expensive meals, coming in it $35 a person with a bottle of wine per couple and multiple courses. A true bargain.

The town square is where locals and tourists congregate, and it is ringed on three sides with cafes and restaurants. Expect music, street vendors, a little dust, patient dogs looking for handouts and modest crowds. Check out La Carreta de Don Olegario Restaurant for a nice leisurely meal. It’s the side of the square opposite the church and serves authentic regional cuisine, including cabrito a la parrilla (grilled young goat), which I have to say was rather tasty.

While we concentrated almost exclusively on wines from the Salta region and never got bored with their variety, it was recommended that we try pinot noirs from Patagonia. 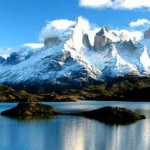 Patagonia, land of ice and cold, producing pinot noir? Well, we couldn’t pass this up knowing that the number of Patagonian pinot noirs carried in Minnesota was probably zero. We had three. The first we all agreed was delicious and a pleasant surprise; the other two split the group with some enjoying one or the other and the rest not.

Patagonia is now on my list of wine and cultural experiences to enjoy first-hand.