Every so often, I’ll learn about another wine writer who started off as a sportswriter, the same career arc as yours truly. Dan Berger. Linda Murphy. Dale Robertson. Over time I developed a theory, as I am all too wont to do. 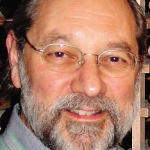 The other night, I enjoyed a wonderful dinner at Restaurant Alma with Dan (left), his wife Julianne and an enologist couple from Indiana. After Dan told a few stories from his days covering basketball, I shared my theory, which goes something like this:

“Those of us who become sportswriters often are at least as, if not more, drawn to the subject matter as to journalism itself. We love the games, in a way that few if any journalists love school-board or corporate-board meetings.

“But there’s a code of conduct involved, and it’s a valid one. You can’t cheer or boo or rib the referees, or really emote in any way over the action. That can tend to slowly but inexorably drain one’s passion for sports. Most fans couldn’t imagine going to so many games and behaving like wallflowers. 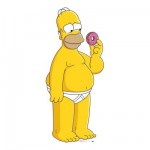 “With wine writing, however, we can make Homer Simpson yummy sounds or express disgust for plonk. There’s a code of conduct, but it’s much ‘lighter’: spit at tastings and especially at competitions and be courteous. So it’s a haven for passionate, expressive people.”

There were nods all around, and we started talking about matters more interesting than the ramblings of Bill Ward (which would be almost anything).

But the night provided an addendum to my theorem. One of the aspects of high-level sports that many of us relish is that when attending a game, we have no certitude about the way it will turn out (even when the Twins or Vikings are playing), and it’s also likely that we’ll see or experience something, a play or move or call, that we never have seen before.

On this night, I had brought along my favorite California pinot noir, Rivers Marie Summa Old Vine, which delivered its standard earthy deliciousness. But it was not the most fascinating wine of the evening, perhaps partially because I could only calibrate it with previous experiences “” and of course savor it.

Dan found a rarity on Alma’s swell wine list, a sauvignon blanc from the Rhone. It’s almost certainly illegal to grow sauvignon blanc there, Dan noted, but the Michel Gassier “Cercius Blanc” gets by with it by putting “Vin de France” on the label, with no reference to the Rhone region. That’s a fairly typical practice in rule-heavy (and scofflaw-heavy) France, but it still felt a bit like drinking contraband. Very tasty contraband. 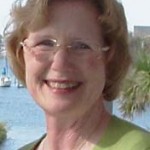 Meanwhile, retired Purdue University enologist Ellie Butz (left) and her husband Mahlon had brought along a bottle they had made from the chambourcin grape. They were right proud of it, and rightly so. It was earthy and herb-y like a cab franc, with plenty of red fruit and a fine finish. A revelation.

In the context of Dan’s and my former profession, it was like a Chicago Bulls game back in the day. Michael Jordan (the restaurant) and Scottie Pippen (the Rivers Marie) did their usual all-star work. But the most memorable moments came from a couple of unexpected sources. Just the way it happens so often in sports.

One more thing: When I was a youngish sports scribe, I noticed that most peers in my age group paid little attention to the seasoned veterans in our mix, often even disdaining them. Somehow I was wise enough to know that I could become a whole lot wiser by befriending, and soaking in any- and everything from, these guys.

Even though I am now one of them, I still relish the chance to learn from this worldly-wise demographic.