A whole lot of wine writers, present company included, started out as sportswriters. And many of us maintain our ardor in both realms.

Being writers, of course, we’re big on metaphors, similes and analogies. 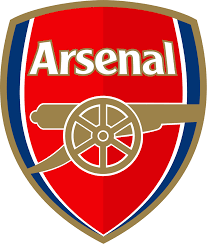 And so it was that I came to think of the connections between my favorite soccer team and my favorite wine region. And it turns out that Arsenal and Burgundy do have a lot in common:

• Both are seductive in style but all too often frustrating in results, regardless of whether expectations for a given match or bottle are high or low.

• Both have a tender underbelly and sometimes a lack of spine. Arsenal is perennially beset by more injuries than most of its rivals, while Burgundies are susceptible to flaws in the whites (oxidation) and the reds (“dumb” phases when the wines are just kinda dull, or even inert).

• But when everything clicks, both entities provide unsurpassed beauty, a perfect melding of dexterity and intensity, grace and awe, the mystical and the magical. The whole is infinitely greater than the sum of the parts.

• And for that to happen requires nuance and harmony — the just-right combination of skills, resourcefulness and 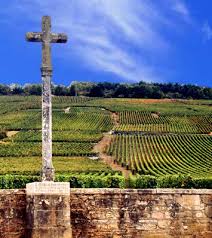 teamwork in Arsenal’s case and that whole “the grape, the ground and the guy/gal” deal in Burgundy.

• To top it off, Arsenal’s manager, Arsene Wenger, is as French as French can be, and so are many of the players, including the utterly Burgundian (i.e., wildly inconsistent) striker Olivier Giroud.

What’s left to decide is whether to continue kissing quite a few frogs to find the occasional princess.

Of course, many Arsenal and Burgundy showings fall somewhere in between. At times the Gunners are solid and dependable, like a nice Marsannay or Monthelie village bottling, and at others they are pallid but not putrid, like a subpar Gevrey-Chambertin.

But here’s the deal: Burgundies in recent years have been getting better in general and more dependable in particular, as vignerons “clean up” and refine once-chemically ravaged vineyards and enhance and hone their cellar 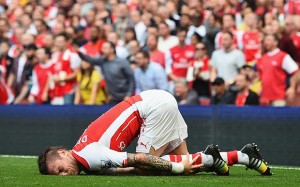 techniques. Meanwhile, Arsenal keeps on having basically the same season year in and year out: showing tons of promise in the first half (the Gunners led the Premiere League at Christmastime) and then fading wanly, in part due to physical or mental fragility.

Maybe I should resign myself to settling for what the Gunners are and have been in recent years: a gifted, often delightful-to-watch team inevitably and inexorably fated to disappoint its fans. The annual seduction is, after all, quite rapturous.

Or maybe I should look for a club that’s more consistently excellent and ephemeral, and at least occasionally hits those magnificent heights.

Since I ain’t giving up Burgundy, I’m now on the lookout for futbol’s Team Barbaresco or Team Côte-Rôtie.