But what makes Vianna really distinctive is the portfolio of wines she crafts at Chimney Rock, including 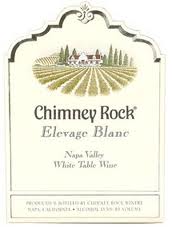 superb cabs (Stags Leap District and single-vineyard) and stunning blends called Elevage, which is French for “raising” the wine, she said.

Not bad for someone who not so long ago grabbed her Vassar diploma and headed to New York City to “take a few years off before the grind” of med school and residency. But while there she fell in love — with wine. While working as chief of clinical toxicology at the Cornell Medical Center, she started digging Bordeaux from a friend’s father’s collection, she said, “and that began a very serious tasting/exploratory wine period.”

She went to a tasting at Christie’s auction house where the seriously accomplished vintner Christian Moueix was speaking. When he mentioned Cal-Davis’ enology program, the die was cast. And Vianna’s science classes at Vassar (her degree was in biology) no doubt made her studies at Davis a bit less arduous.

After a short stint at the Napa Wine Company, she was hired on at Chimney Rock, where she became the winemaker in 2005 and general manager in 2011. That latter title is not just window dressing.

“It’s smart of the [Terlato] family to put a winemaker in charge of the budget,” she said. “It makes for a very holistic approach to the business.”

Most of Vianna’s attention, though, is directed toward viticulture and viniculture. All of Chimney Rock’s wines are made from estate grapes on a 180-acre Silverado Trail property that included an 18-hole golf course when Hack and Stella Wilson bought it in 1980. “They planted on nine holes,” Vianna said, “and then later on the other nine.”

The winery did well enough to catch the attention of the Terlatos, who partnered with the Wilsons in 2000 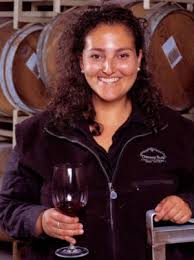 and bought 100 percent of the winery in 2004. They have been “remarkable” stewards, Vianna said.

Translation: They have let this gifted vintner do things her own way.

First off, she said, “I don’t think about alcohol. I think we’ve gotten overly obsessed with alcohol. We do berry-sampling to look for sugar and acid. Some vintages you walk a block and you know [when it’s time to pick]. It’s 90 percent intuition and taste rather than brix, pH and TA. I don’t think I’ve ever made a decision based on brix. I’ve been pretty courageous. Or crazy [laughs].”

On the other hand, she added, “you can’t think enough about tannins. How you irrigate makes a difference. The more stressed the vines are, and we stress ’em, you get a good small-berry ratio of skin to pulp. Then when you pick, the riper the fruit, the softer the tannins. But if it’s too ripe, you’re really starting to lose varietal character.”

One of her favorite projects is the Elevage bottlings, a Bordeaux blend for the red and an unusual concoction for the white: sauvignon blanc and sauvignon gris (rather than the semillon commonly used in Bordeaux and Napa).

“Sauvignon gris is better for this,” she said. “Semillon in Napa gets a higher pH; the gris retains acidity. By 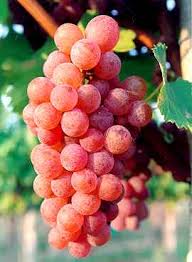 The taste on the 2011, though, is more tropical-fruit-and-nutty, with distinct almond notes, firm texture and a rich finish. The 2010 Elevage red is even more luxuriant, and the ’11 cab showed classic Stags Leap structure and old-school levels of acidity and minerality. All are supremely stellar efforts.

As the winery has grown — up to 17,000 cases a year, although the untoward conditions of the 2011 vintage dropped that number to 9,000 — and seen varying conditions on recent vintages, Vianna has relished the challenge of maintaining the quality.

“My advice is always to try wines from so-called ‘bad vintages.’ That will show you who’s consistent and isn’t compromising quality,” she said. “It’s easy to make 500 cases of great wine. But to make 17,000 cases of great wine, there’s something to be said. This is just as artistic.”