I have a fabulous job. Part of the joy of being a wine writer is getting not only to visit great wineries, but to get some face time with amazing vintners. 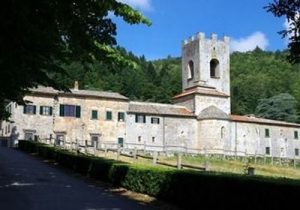 Roberto, a seventh-generation steward of the property, was the consummate host. And, being a hail fellow well met, he has answered some questions about the operation via email (because the idiot wine writer forgot to bring his notebook on that visit):

Could you briefly talk about coming to America and crossing the country to go to Cal-Davis? 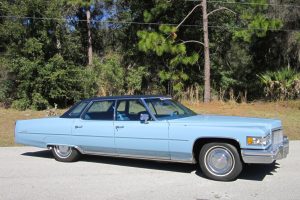 My first trip to the USA wasn’t to go to Davis, but in 1978 (the year of the three popes) I flew to NYC and from there together with two friends we got a Driveaway car and drove a huge Cadillac Sedan de Ville to San Francisco in five days. Traveling in style for a 20-year-old, and a very inexpensive way to move around given the price of gas back then.
In January 1982 I did go to Davis to complete my undergraduate degree in Fermentation Science, but that time I travelled by plane. 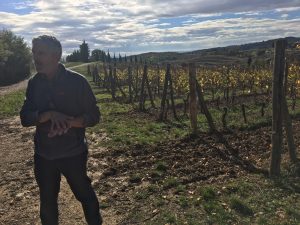 groves, and followed with all the vineyards. I started the conversion in 1985 with the elimination of herbicides and insecticides, then started experimenting with alternatives to fungicides.  By the mid-1990s we were able to use only copper- and sulfur-based products that are allowed in organic certification.
Now we have been reducing both copper and sulfur and using seaweed and plant extracts to improve the nutritional status of the vines. This paired with better soil management, regular use of self-produced compost from prunings, pomace, stems and lees, and mixed cover crop in the rows allow us to further reduce the spraying and achieve healthier grapes even in difficult vintages.

Why did you plant some of the hills vertically and some horizontally? 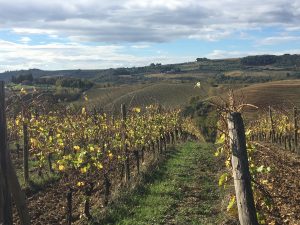 Most of our vineyards are planted vertically because it’s easier, less expensive and sustainable as long as the soil is cover-cropped most of the year. But still the ideal situation is a terraced one. We did a first terraced vineyard in 1999, and a second one we are planting now. The latest one is quite innovative for Chianti, with small terraces with one row each.

What other “experiments” have you done on the growing side?
One of the ongoing experiments has to do with adapting to the extreme climate disruption: in the 30+ years here we went 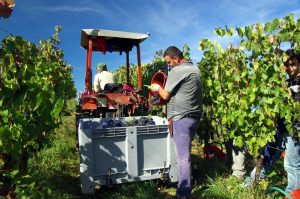 from being a cool area with late maturation and low sugar/alcohol levels to a much hotter zone. We used to harvest our Sangiovese late in October, and natural alcohol levels were rarely above 12,5%. Now we harvest mostly in September, never after October 15, and our alcohol levels are between 13 and 15%.
One of the main adaptations has been the change in canopy management: no more green harvest — leaf removal hedging — to make sure grapes are fully exposed to sunlight.  Now we leave the grapes protected; we like to have more grapes to delay the maturation and maintain acidity and freshness. Another ongoing experimentation is with the use of cover crops; we are gradually increasing the complexity of the mixes of seeds to achieve better results. 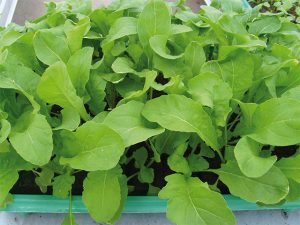 Currently we are using a mix of 14 species that include legumes, cereals, crucifers and rucola (at left), a good tap root. We also allow at least part of the cover crop to flower and go to seed: this helps to attract pollinating insects, including wasps that are good predators for many of the vineyard pests. Some species also reseed themselves, which is positive over time.

How did you decide what you wanted to do with blending grapes, and how as that gone?
Blending different varieties is in our DNA in Chianti, given the extreme variety of field-blends that were typical  in the old 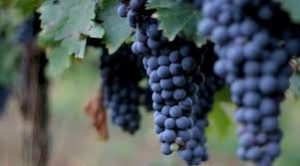 days. We start by using a very diverse massal selection that was selected in 1986-1987 with 600 mother vines to maintain the genetic diversity of our Sangiovese. Replanting at higher density from 1988, we also replanted Canaiolo (at left), Ciliegiolo and Colorino (in separate rows now) as well as Trebbiano and Malvasia for Vin Santo.
Lately we increased the palette by introducing Mammolo, Fogliatonda, Malvasia Nera, Pugnitello and Sanforte. The use of these is to complement Sangiovese, enhancing the wine without overpowering the character of our Sangiovese. I remain a strong believer in the value of blending different varieties and plan to continue to pursue this direction.  It’s part of what makes Chianti special and our Chianti Classico unique. 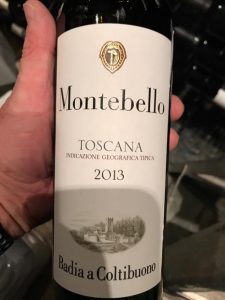 Then with Montebello we introduced the idea of an equitable blend of all nine red varietals, where each one contributes without standing out: a truly cooperative endeavor and what I consider an evolution for the future. I am tempted to reintroduce field blends again to move further away from the varietal model that has dominated in the last decades, and to introduce even more variables in the process.

You talked about not mechanizing, largely (I recall) because it gives people jobs they wouldn’t have with automation. Could you elaborate on that?
We limited the amount of automation to maintain our workers employed year-round. We hand-harvest and do some more manual operations also so that we can employ people.  We think it’s the right thing to do, and better for the quality because it helps to have qualified workers.

What effects has climate change had, and what do you expect in the regard in the coming years?
Climate change in Chianti has helped to achieve better maturation so in a way it has helped. However, we are seeing the

extreme effects of climate disruption with very intense rainfall (the term “Bomba d’acqua,” water bomb, has become colloquial to describe the high-intensity phenomena that are becoming more frequent), and wind damage from unprecedented wind speed. Longer and more extreme and frequent drought also pose a challenge since all of our vineyards and olive groves are dry-farmed.
Not sure what to expect, but I sure hope that we will all acknowledge the issue and work to counteract the progression. Organic and regenerative agriculture will be more and more essential to reduce carbon emissions and to sequester carbon dioxide as organic matter.