Like most folks, I can’t resist a list. They’re usually fun and almost always fodder for endless debate. So when the Daily Meal recently sent a missive about their “60-plus coolest people in food and drink,” I beat feet, or more like quick-clicked, to it. And I actually found a lot to like — until I counted the folks from the wine world: three, one of them a fellow blogger, Tyler Colman.

I’ve spent a wee bit of time with Tyler, and he’s a nice fit for the site’s definition of cool, which I love: “Cool is

elusive, subjective, ephemeral. Beyond that, it’s an aesthetic, a way of behaving, a bearing, an attitude; it has to do with self-confidence, self-assurance, aplomb, imperturbability, a sense of perspective. Cool people are true to themselves, and don’t serve the masters of fad or fashion. Hipsters aren’t cool. Cool is the opposite of trendy, the antithesis of ‘hot.’ If you think you’re cool, you probably aren’t.”

Tyler’s website, Dr. Vino, is definitely cool, insightful, incisive and often droll. The man himself (left) has no airs of being a hipster; instead rather than playing a character named Dr. Vino, he is just being himself.

But it’s seriously bogus that only two other wine folks made the list. I’m not counting Darrell Corti, a Sacramento food purveyor who certainly has made his mark in wine (most recently railing against what he considers high alcohol levels), but Randall Grahm and Jim Clendenon are excellent choices.

To counter this egregious shortfall, I offer up the 10-plus coolest wine people I have met:

Bo Barrett: Those who have been fortunate enough to watch the under-recognized gem “Bottle Shock” might 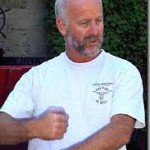 have thought Chris Pine’s character was pretty cool. But the Chateau Montelena maestro he’s portraying, now older and wizened, is the real deal, funny, avuncular and as comfortable in his own skin as anyone you’ll encounter. Other cool Napa winemakers: Stephane Vivier (suave and seriously French) of HdV and Thomas Rivers Brown (quietly confident and wildly accomplished) of Schrader, Outpost, The Grade, etc.

Andy Demsky: In the marketing/PR world, great work is a big part of what makes you cool. Between the entertaining and edifying Line on Wine,  his co-authorship of the stellar historical account “A Vineyard in Napa” and his deft skills at making anyone who deals with Shafer Vineyards feel welcome, Andy’s got it.  Other cool wine publicists: Tim McDonald (urbane but not at all slick) of Wine Spoken Here, Lisa Mattson (accommodating and accomplished) of Jordan and Charlotte Milan (sociable and Kennedy-esque) of Milan Communications.

Patrizia Felluga:  There’s something about Italian women, and whatever it is, Patrizia’s 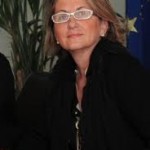 got it. She’s engaging and elegant, eminently attractive but self-effacing and just plain fun as a dinner companion and conversationalist. Oh, and she makes fantastic juice at her winery, Zuani. Other cool Italian winemakers: Stefano Inama (charming and disarming) of Inama and Giuseppe Vajra (dashing but thoughtful) of G.D. Vajra.

Jane Ferrari: Most dynamos can be a bit tiresome, but a full day with the Yalumba rep would be a nonstop rollicking good time. If one could keep up with her. She pulls off sassiness like nobody’s business but is super smart about all things vinous, especially the swell portfolio she is representing. Other cool winery ambassadors: Carissa Mondavi (insouciant and incisive) of Continuum, Jason Haas (well-spoken and affable) of Tablas Creek and Janie Brooks Heuck (winsome and passionate) of Brooks.

Daryl Groom: I’m sure I’ve seen Daryl when he wasn’t smiling, but I can’t remember when. He’s the kind of 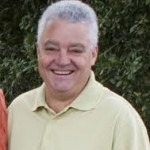 open, friendly guy whom everyone loves and no one resents his popularity. One of many Down Under vintners who have moved to California temporarily (they thought) and stayed, he makes tasty wine on two continents, at Groom and with the fundraising Colby Red; like the man himself, they’re downright friendly. Other cool Sonoma winemakers: Mick Unti (inventive and inspirational), Miro Tcholakov (spirited and witty) of Unti, Merry Edwards (ardent and bold) and David Ramey (loquacious and entertaining) of Ramey Wine Cellars.

Jeffrey Patterson: At his extremely cool house surrounded by spectacularly cool vineyards, Jeffrey is one part aging hippie, two parts surfer dude and three parts savvy winemaker. His Mount Eden Vineyards pinots and chards are among California’s very best, with the kind of natural yet profound qualities that reflect their maker. Like the Dude in “The Big Lebowski” (whom he resembles more than a little bit), Jeffrey Patterson abides. Other cool Central Coast winemakers: Adam LaZarre (hip and whip-smart) of LaZarre, Randall Graham (hipper and whip-smarter) of Bonny Doon.

Gabrielle Schaffer: Bursting with energy and effervescence, Gabrielle is the kind of multitalented vintner 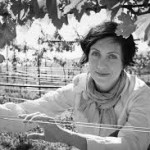 (vineyard manager at the amazing Stagecoach Vineyard and winemaker at Gamling & McDuck) who remains on an ardent quest to learn ever more about what goes into making great juice. She manages the intense and focused but seriously fun balancing act with aplomb. Another cool Napa grower and winemaker: Chris Madrigal (amiable and honorable) of Madrigal Family.

Rollin Soles: The mustache alone might qualify Rollin for this list. But the matching larger-than-life (without the attendant ego) bearing is why the vintner behind Argyle and Roco belongs here. He pulls off the difficult task of being gregarious, gracious and generous. Rollin is willing to share thoughts and insights about any and every facet of life. And he didn’t come by those thoughts and insights idly; he wears them on his worldly face, punctuated by that ‘stache. Other cool Oregon winemakers: Doug Tunnell (passionate and beneficent) of Brick House and Mark Vlossak (upbeat and inquisitive) of St. Innocent.

Ron Washam: He’ll probably never speak to me again if he finds out that he’s on this list, but the scribe behind the side-splittingly hilarious Hosemaster of Wine website is every bit as witty in person as his readers would expect. His Everyman appearance fairly hides the wit and wisdom that’s rolling around in that inventive mind. Plus he’s a better taster than most of his fellow somms, homing in on the qualities that make wine enjoyable. Other cool wine bloggers: Alfonso Cevola (graceful and erudite) of On the Wine Trail in Italy, David White (wise way beyond his years and engaging) of Terroirist and Ryan Opaz (effusive and creative) of Catavino.

Becky Wasserman: An American ex-pat who has managed to make a mark and actually become an integral

part of Burgundy (that’s no mean feat), this dynamo shows no signs of slowing down at an age that … well, is greater than mine.  She alternates between sharing her hard-earned wisdom and showing a self-effacing side (“My son called and said, “Last night, I got a Pingus. I thought he had contracted a disease.”) Other cool importers: Terry Theise (ebullient and erudite), Eric Solomon (debonair but down-to-earth) and Kermit Lynch (savvy and eloquent).