A lot of wine descriptors are downright silly — especially the food-oriented ones. The ever-loquacious importer Terry Theise captured this phenomenon well during an interview a couple of years ago. 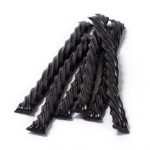 Robert Parker had described a wine’s bouquet as being like melted liciroce. “Well I don’t know what melted licorice smells like,” Theise said. “But I can see him putting some licorice on his car dashboard in the sun, then later going out to smell it. Then he probably fed it to his dog, which is why his dog farts so much.”

It was classic Terry Theise, throwing in a funny aside while making a salient point. Like Terry, I prefer descriptors that are direct, familiar and expressive. over a delicious dinner at my friend Molly’s house. She started with an Adami Bosco di Gica Prosecco ($20), which not only was vivid and delicious but paired perfectly with the grilled pizzas (one with artichoke, the other with fiddleheads).

A superb julienned asparagus salad was accompanied by another (literally) pure delight from northeastern Italy, the 2006 Terlan “Vorberg” Pinot Blanc Riserva ($22). Layers of fruit and especially texture (lean, then creamy, then zesty at the end) made this a spot-on expression of what pinot blanc can and should be.

Neither of these wines is cheap, but both of them are screamin’ bargains.

An astonishing morel lasagna and then a delightful quail main course were joined by reds from the other end of northern Italy, the Piedmont. The two nebbiolo masterpieces

provided by fellow guest Bob were profound and noble. The bold, energetic 2004 Roberto Voerzio Cerequio Barolo had gorgeous floral and dark-fruit aromas, spot-on tannins and a finish that, well, I can almost taste and feel this morning. The aforementioned Mr. Parker gave it 97 points, and he probably underestimated it.

That wine put the lie to the notion that Barolos should not be consumed for at least a decade. On the other hand, the 1990 Ceretto Bricco Asili Barbaresco exhibited the virtues of cellaring nebbiolo. Since the ever-generous Bob brought a double magnum, we had plenty of opportunity to witness its opening up over the course of the meal. Slightly austere at the outset, it joined its peers in the “expressive” vein by evolving into a rich but still Old World delight.

And yes, there was some licorice in there, but not of the melted variety.