Revelations make the wine world go ’round for many of us. A few recent ones:

• My pal Jason and I were at Spasso, where wines by the glass are priced to sell. Being in a festive, what-the-hey mood, we decided to split a glass of Rombauer Chardonnay, a k a “Cougar Kool-Aid” because of its sweet, buttery lushness. After all, we reasoned, if we were going to continue to make fun of a wine, we should at least try it every 10 or so years. After all, we agreed, K-J Reserve Chard has actually morphed a bit in a less sugary direction. Rombauer, on the 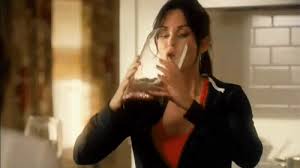 other hand, is what it was, a syrupy, sacchariferous confection of a wine that would seem best served at a Halloween party for candy-loving adults. Anyone who says he/she doesn’t like sweet wine and yet drinks this should be Cougar-slapped.

• Interestingly, the chards I’ve been sampling from California lately have almost universally pulled back from Rombauer-osity. Last night I tried four bottles from MacRostie that were much cleaner, leaner and more focused than I expected. Single-vineyard wines from Sangiacomo and Wildcat Mountain were firm and tasty, and the 2012 Macrostie Sonoma Coast Chardonnay is one heckuva buy at $20.

• Another white delight of late came from Down Under. New Zealand vintners have been making grapefruit-laden sauv blanc for some time now, but now it has been perfected. The 2013 Jackson Estate Stitch Marlborough Sauvignon Blanc tastes like nothing but pure, unadulterated grapefruit juice infused with alcohol (and deftly at that). “This would be the perfect breakfast wine,” my way better half aptly noted.

• Lest you think I’ve only been firing blancs lately, we come to Boyz Cabernet Night, an obscenely festive occasion that was occasionally festively obscene. A few takeaways: Most 1997 California cabs continue to come across as flabby; Quilceda Creek cabs must take forever to open up (’04 and ’05 bottles were tightly wound); we made a big mistake starting with the Bordeaux instead of sticking them in the middle of our New World flights; and, at 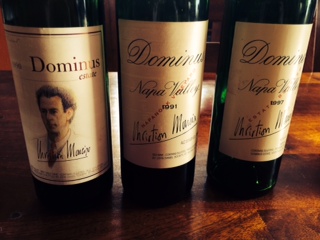 least for me, Dominus rules. We savored a flight of ’90, ’91 and ’97 delights from Christian Moueix, none with alcohol levels exceeding 14 percent. I can almost still taste the ’90, so profound were its pleasures.

• I’ve said it before, and I’ll say it again: Nobody does a better job of sharing cool info about wine than Shafer whiz Andy Demsky. His Line on Wine emails never fail to edify and entertain mightily. The latest version includes wonderful tidbits such as France’s most widely planted grape (merlot), the percentage of the world’s cord forests located in Portugal (33) and what Ferdinand Magellan carried more of than weapons on his 1519 round-the-world sojourn (sherry). I can think of no better time suck for a cork dork than checking out Line on Wine’s archives.