A few more notes, quotes and anecdotes from the recent Wine Writers Symposium in Napa: 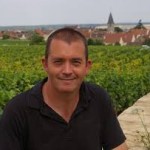 • Blogger/author Jamie Goode provided insight and wit in a session on career paths. After aptly pointing out that the Internet “allowed geographically isolated geeks to connect and communicate,” he advised us: “Try to become as famous as you can be, and then try making money on it.”

But, he cautioned, going for maximum exposure can have its downside. “The one place that doesn’t work is if you’re a shit writer, because your shit writing will be exposed.”

• Goode also has a nice roundup at his blog of one of the better sessions on the roles and the rules for wine critics. I’ll have a separate post on this complicated topic soon. 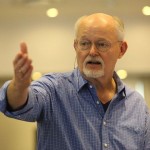 • Mike Veseth gave a highly informative talk on his specialty, the economics of wine and wine writing. He threw out a phrase I had not heard, even though I’m a huge fan of baseball and wine: The “Baseball Effect” occurs when “people have a ton of money but not enough to buy a baseball team. What do they do? Buy a winery.”

He also talked about the Internet-driven “Slash Effect,” noting that when “The Oxford Companion to Wine” first came out years ago, “people were just happy to have it.” But when the more recent “Companion to Beer” was released, the Internet was awash with sniping. “Now, because people feel they can be critical, they feel like they must be critical.” 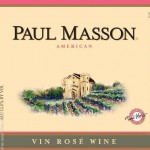 • Veseth then recounted some history I never had heard. “In 1940 Paul Masson was the most expensive American wine. In World War II, price controls went into effect. Other wineries couldn’t raise prices, so they bought Paul Masson and sold through their wines at higher prices under the Masson label. They ‘leveraged down’ the brand,” — which never recovered its lofty status, Orson Welles ads notwithstanding.

• Talia Baiocchi, managing editor of the way-cool Punch website, passed along an interesting tidbit: “The spirits world has the same fascination with facts and history and culture as the wine community.” Good for all concerned!