Objectivity shmobjectivity. I was pumped to land an hour-plus last summer with one of the Napa Valley’s iconic figures, John Shafer.

In previous years, I had spent a good bit of time with his gregarious and hilarious son, Doug, and his gifted and meticulous winemaker, Elias Fernandez. Completing the Shafer trinity was going to be seriously cool.

A former World War II bomber pilot and publishing executive, Shafer came west in 1972 and bought some Stags Leap land with scraggly vines planted a half-century earlier. He ripped those up and replanted, and within a few years had a coveted vineyard. In 1978 he launched Shafer Vineyards. 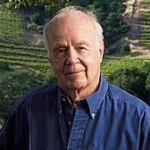 Rather than get in the way, I’ll let John tell more of the story in his own words:

“In 1968 I was with [Stags Leap grower] Nathan Fay and had the best wine I’d ever tasted. I knew then I wanted to come to Stags Leap. 

“I had a hankering for farming; don’t know why. And I wanted a hillside. 

“Mike Robbins of Spring Mountain tasted our 1978 [cabernet] and said “˜I want a 20-year contract.’ We were in the same square-dance group. Aside from Taylor’s Refreshers, there were two restaurants in the valley: the Grapevine Inn [now Brix] and Wolfdale’s. 

“Early on we were focused on finding the right grapes for the right place. In 30 years we’ve learned how to catch up with the Europeans.  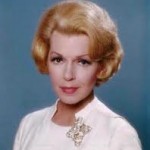 “See that hill over there? That’s where they shot a wedding scene for “˜Falcon Crest.’ That Lana Turner, she was something. 

“In Stags Leap we use little or no merlot because we don’t need it. [Wine writer] Bob Thomson always said that Stags Leap plays Margaux to the west side’s Pauillac. 

“In 1989 I went to Italy. I wanted to do a red proprietary wine, but not an Opus or Insignia, more like Tignanello. I came back and told Doug, let’s try a sangiovese-cabernet blend. There were 150 wineries making sangiovese. We all thought it would be the next merlot. 

“A wine has a responsibility to taste good. And if it does, it’s almost always because it’s in balance, the fruit, tannins, acidity. 

“We’ve chosen not to be organic, because Mother Nature throws a lot of stuff at ya. 