I had a really swell time judging 140-plus wines at last week’s Riverside International Wine Competition. Hard to beat the combination of great people and fascinating wines.

It’s a special treat for me because of the opportunity to sample mostly non-West Coast wines, stuff from the heartland and down in Dixie and the area that we Minnesotans oddly call “out East.” A few nuggets (and lumps of coal) from what I was able to gulp and glean:

Winner: Grapes developed at the University of Minnesota. Many fellow judges pooh-poohed the category “” until I mentioned that these were developed by the same outfit 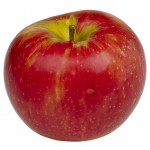 that concocted the Honeycrisp apple. Its latest new grape, released in 2006, is particularly promising: Marquette garnered a gold (Chankaska Creek Reserve) and three silvers, including a rosé. A La Crescent-based blend from New York’s Coyote Moon Vineyards got a double-gold (unanimous golds from our four-person panel). Alas, my panel mates did not share my ardor for Indian Island‘s La Crescent.

Loser: Spendy reds from Long Island. Since I’ve always been a bit flabbergasted by the prices of these wines (or actually the quality-to-price ratio), it’s no surprise here that the nine entries received two silvers, five bronzes and two no-awards. Doesn’t sound bad, until we take a gander at the tabs: $19 to $45. I realize the vineyard land probably cost a ridiculous amount, but c’mon. Virginia’s red blends were way better for less moolah. 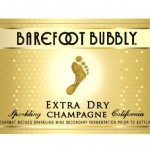 Winner: The big guys. Barefoot’s Extra Dry Blanc de Blancs garnered the sweepstakes (best of show) award for sparkling wines with a $10 bottle that was among the best bubbles out of California to pass through my palate. Francis Ford Coppola’s eponymous winery amassed medals in 27 of the 31 categories it entered, including six double-golds and five best-of-class awards. Trinchero was named Value Winery for a group of lower-priced wines that received high medals.

Winner: The little guys, especially from British Columbia. La Frenz Winery‘s seven major awards out of eight entries earned it the Small Winery of the Year award, and another B.C. operation, JoieFarm, scored a sweepstakes award for its “Think Pink” Pinot Noir Rosé. The Augusta Winery in Missouri gleaned a Terroir Award for the best display of regional characteristics.

Loser: A grape called noble. My panel took no time to decide that the three icky-sweet renditions of this varietal warranted no medal consideration.

Winner: Varietals such as vignoles, chardonel, carlos, niagara, vidal and especially diamond made it clear that the middle and eastern portions of this country have got it going on with lesser-known white grapes, often on the slightly sweet side but always with some 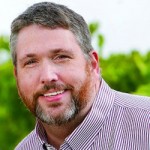 Biggest winner: Yours truly, for getting a chance to sample such a wide range of grapes. And for getting to hang out with great wine writers like Tom Wark, Michael Apstein, Andy Perdue (left) and Ron Washam (aka the Hosemaster) and vintners Daryl Groom, Johannes Reinhardt and Clark Smith. Lots of learning, even more laughing.