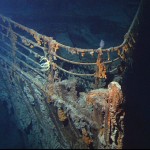 • A few years back, I wrote a piece about a Twin Cities man who had bought some wine found on the Titanic. Yes, that Titanic. Now comes word that Champagne from an 1840s shipwreck has been found and analyzed. Pass the flutes, please. In semi-related news, the U.S. government has made it illegal to age wine underwater.

• At the other end of the geographical spectrum, wine grapes might soon be growing in outer space.

• I’m starting to see a parallel here. Back in the day, the 1997 Napa cabs were ballyhooed and the ’98s lambasted. But time has 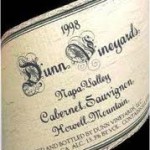 • A look at two dozen plus one cool wine labels from Grape Collective via Pinterest, or vice versa.

• Finally, a swell potential change to my keyboard: