What a weird week, capped yesterday by my schlepping to a trade tasting that had been canceled, only the wholesaler forgot to tell anyone. Lots of good eating and quaffing over the last seven days, of course, but more than a little bit of unusual news. To wit:

I was working on a story about one-hit wonders (today is their day, btw) when a friend alerted me to a little-known fact about one of the first instances. It turns out that a certain Mr. Key apparently didn’t actually write the music for our national anthem, but rather cribbed it from an English drinking song. 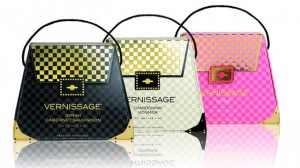 Then came the news that a Swedish company has released boxed wines in the shape of designer handbags. And that a similarly stylish set of “wine apartments” is going up in Tokyo.

But even in a week when word arrived that an Italian vintner is releasing Hitler-themed wines, the most bizarre story came out of my home state of Tennessee, involving a fraternity’s latest escapade: butt-chugging wine. Don’t care for the nose on that one.