I’m not much on making predictions “” it’s too easy to fall into the trap of creating more of a “wish list” “” but apparently a certain Mr. Parker is, or was, just fine with it.

In trying to declutter our TCA-scented basement, I came across a 2004 Food & Wine article in which Robert M. Parker Jr. goes out on a proverbial limb not once, not thrice, but a dozen times. His intro indicates that he is “confident that they will come true sooner rather than later.”

1 Distribution will be revolutionized: I predict the total collapse of the convoluted three-tiered system of wine distribution in the United States. NOT EVEN CLOSE

2 The wine Web will go mainstream: A much more democratic, open range of experts, consultants, specialists, advisors and chatty wine nerds will assume the role of today’s wine publications. NOT YET ANYWAY 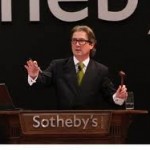 3 World bidding wars will begin for top wines: Competition for the world’s greatest wines will increase exponentially: The most limited production wines will become even more expensive and more difficult to obtain. NAILED IT

4 France will feel a squeeze: The French caste system will become even more stratified … France’s obsession with tradition and maintaining the status quo will result in the bankruptcy and collapse of many producers who refuse to recognize the competitive nature of the global wine market. TO A DEGREE

5 Corks will come out: I believe wines bottled with corks will be in the minority by 2015. Stelvin, the screw cap of choice, will become the standard for the majority of the world’s wines. COULD STILL HAPPEN. OR NOT

6 Spain will be the star: Look for Spain to continue to soar. YES … By 2015, those areas that have traditionally produced Spain’s finest wines (Ribera del Duero and Rioja) will have assumed second place behind such up-and-coming regions as Toro, Jumilla and Priorat. POSSIBLE BUT NOT LIKELY

7 Malbec will make it big: By the year 2015, the greatness of Argentinean wines made from the Malbec grape will be understood as a given … and by 2015 this long-ignored grape’s place in the pantheon of noble wines will be guaranteed. QUANTITY OF SALES: SI; QUALITY: WE’LL SEE 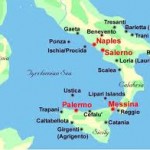 9 Southern Italy will ascend: While few consumers will be able to afford Piedmont’s profound Barolos and Barbarescos (subject to fanatical worldwide demand 10 times what we see today), once-backwater Italian viticultural areas such as Umbria, Campania, Basilicata and the islands of Sicily and Sardinia will become household names. NO AND NO

10 Unoaked wine will find a wider audience: Given the increasingly diverse style of foods we eat as well as the abundant array of tastes on our plates, there will be more and more wines that offer strikingly pure bouquets and flavors unmarked by wood aging. ABSO-TIVELY

11 Value will be valued: Despite my doom-and-gloom prediction about the prohibitive cost of the world’s greatest wines, there will be more high-quality, low-priced wines than ever before. This trend will be led primarily by European countries, although Australia will still play a huge role. Australia has perfected industrial farming: No other country appears capable of producing an $8 wine as well as it does. However, too many of those wines are simple, fruity and somewhat soulless. Australia will need to improve its game and create accessible wines with more character and interest to compete in the world market 10 years from now. YES, HELL NO AND YES

12 Diversity will be the word: By 2015 the world of wine will have grown even more diverse. We will see quality wines from unexpected places like Bulgaria, Romania, Russia, Mexico, China, Japan, Lebanon, Turkey and perhaps even India. NOPE