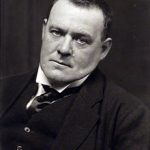 “Fill up the cup, but spill not the wine … for if you do so, it is an ill sign.” — Robert Herrick

“Too much of anything is bad, but too much Champagne is just right.” — Mark Twain 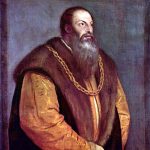 “Yet all the cool wines and flowery rooms, with as many fans and soft dews as June and July can imagine, are not worth a morsel of the bread and oil eaten around the fire in December and January as one gulps down a cup or two of new wine.” — Pietro Aretino (left)