So I’ve been culling and collating some material from interviews and gatherings, recent and semi-distant. In the process I found quite a few notes, quotes and anecdotes that seemed worth sharing. A few of them:

• On aromas (speakers lost in the ether): “Good Beaujolais smells like gym shoes.” …

“Chenin should smell like a sheep that walked too close to the campfire.”

• On vineyards with rose bushes (from Wayne Bailey of Youngberg Hill): “Roses have a physiology similar to grape vines. I call them my leading indicator for mites and powdery mildew.”

• On why carmenere hasn’t become Chile’s malbec (from Andres Hoppe, commercial director at Bisquertt): “Cabernet will continue to be the stronger varietal. We can produce it so well that carmenere can’t compete. Carmenere does help us create an image. In the beginning it wasn’t that good, but now we have better clones and are planting them in the right place and we’re harvesting later so we get less green in the wines. It’s just a matter of time.”

• On Burgundy (from Heidi Woodman of Heidi’s restaurant): “It’s like each wine 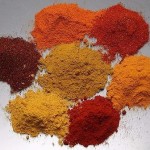 from there has its own Burgundy curry powder.”

• On aging wines (from Chad Johnson of Dusted Valley): “98 percent of wine ages in the car on the way home.”

• On red and white wines (from Joao Silva e Sousa, Portuguese consultant): “A white wine doesn’t forgive the tiniest mistake. If you make the smallest mistake, you pay for it “¦ so reds are manipulated a lot more.”