(This is Part II of a profile of David Ramey. Part I is here.)

Whenever I get to hang with a vintner, I always like to ask what he or she thinks is the most important part of a winemaker’s job. Many say “choosing the picking date,” and one, Shafer’s Elias Fernandez, even talked about the cleanliness of the winery. But David Ramey is the first and only one who has cited the palate.

“The most important thing is knowing what good wine tastes like,” he said. “A lot of kids have not tasted the great wines of the world. They approach it intellectually rather than sensually. 

It’s hard to say whether Ramey (left) is more of an intellect or a sensualist because he’s a lot of both. As winemaker at Matanzas Creek, Chalk Hill, Dominus and Rudd before devoting his full attention to Ramey Wine Cellars brings both to bear in the winery. A synopsis of his approach, culled from two interviews:

Chardonnay: “We live in a climate where we effortlessly achieve sugar and alcohol. So we whole-cluster-press to minimize tannins. We like a little voluptuousness in our wines

but don’t want them to be too heavy. “¦ A critic once told me “˜Kistler [chardonnay] tastes like a Botero, compared to Ramey, which tastes like a Modigliani. [left]’ We have a little more cut and definition and minerality. 

Red wines: “Cabernet is all about the tannins, not at all about the acidity. Tannins define everything.  … “With pinot noir, acidity is where the rubber meets the road, the [male sexual organ] in the [female sexual organ].  … “I think we’re seeing a movement toward cool-weather syrah in California. I hope so because that’s where syrah should grow. You don’t get the smoked meat, green olive or cracked pepper in warm weather. You want it just a shade warmer than pinot-noir country. As you move north, it gets hotter in summer and colder in winter; you have a shorter growing season with hotter sun, so you have a problem getting mature, supple tannins. 

He also doesn’t worry (much) about alcohol levels. “You can’t pick apart a wine with any one metric. But it’s like with an apricot; you know exactly what ripe tastes like and what overripe tastes like. “¦ You’re not gonna make a better wine because of a preconceived notion of alcohol. It’s like saying all shoes should be size 10. 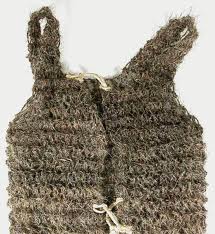 “Nature makes its own wine. I don’t own a filter. If it doesn’t taste good, that’s a lot more of a problem than alcohol; that’s a problem that the hairshirt people couldn’t come to grips with. There’s this whole English subculture that has been apologizing for bad Bordeaux vintages for so long that they don’t know a good one. They think wine has to hurt to be good. 

And finally here’s Ramey, a font of straightforward common sense, on that whole tasting thing:

“You don’t drink aromas. You don’t drink flavor descriptors. You drink texture. Focusing on aromas is like focusing on the perfume your wife is wearing when you’re making love with her. It’s not the main event, folks. Put it in your mouth. It’s tactile rather than a bunch of descriptors. 