Even before sitting down, we had been treated to two “Bevanisms.  First, the gregarious and hilarious Russell Bevan said of his chardonnay, “it had more wood than a 16-year-old on Viagra.  Then he launched into an arcane, rapid-fire explanation of how he offset all that oak and concluded that “I want it to be sexy wood, not white-trash wood. 

Mission accomplished, as the Bevan Cellars Carneros Chardonnay ($42) was pristine-clean and fresh-tasting. Ditto for his kick-ass Kick Ranch Sauvignon Blanc ($32, and a steal at that price), its citrus and tropical fruit infused at just the right time with subtle but firm acidity. 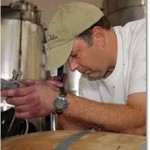 Dude knows how to make wine, and he serves as a testament to the merits of being self-taught “” if you listen to the right people along the way.

Among vintners, Bevan said, “there are about eight people on the planet who are smarter than everybody else,” citing fellow Californians Greg La Follette, Helen Turley and Phillip Togni, who “knows everything to do but doesn’t know why.  Implication: The “why” matters a lot less than the “how” (and probably the “what” and “where”).

The lessons learned are apparent in the glass, as Bevan Cellars’ big yet balanced Bordeaux blends EE, Curmudgeon and Whitney proved worthy of their $150 price tags, meeting his primary goal of showcasing “lift and freshness “¦ massive flavors with refined tannins. 

But it’s hard work selling wines at those price points, especially without wide brand recognition in an era of grade inflation. “With what I’m trying to do,” Bevan said, “it rips my soul out to get 95s. 

That means hand-selling, so Bevan spends a buttload of his time traveling to cities where he has friends and hosting what he calls the viniferous equivalent of Avon parties. Still, the winery, owned and entirely operated by Bevan and longtime fiancée Victoria de Crescenzo, is doing well enough that Russell has quit his longtime job in the dental-supply business. 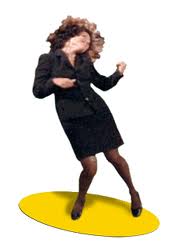 writer. While comparing Helen Turley’s dancing chops to those of “Seinfeld’s” Elaine, he also noted:

• “I came to this as a guy approaching people like [Twin Cities wine savants] Bob Klinginstad and Annette Peters [to learn]. There are not a lot of people in Napa who went to others and asked “˜what’s the difference between Chambolle-Musigny and Volnay?’ ”

• In the Petaluma Gap, “they grow grapes only in the few places where Mother Earth burped up a chunk of rocks. 

• The reason he focuses so much on tannins and texture is that “with California wines, a lot of times the tannins are so big that by the time they get in balance, the fruit is gone.  California wines, he added, “don’t have to be massive if you have enough tertiary flavor.”

• “A year and a half ago I knew that I knew everything. Then we had two cold vintages and now, well, I know that I can deal with huge issues I couldn’t before. 

Who was it that said “It’s what I learned after I knew it all that made the difference”? Might as well have been Mr. Bevan.