So I’ve been taking some antibiotics that set me even further behind on my sampling. But like the wine stores that finish the year with a blitz, I’m aiming to clear them all out by Jan. 1, a pre-New Year’s resolution. And that has brought a few observations, some surprising and others not so much:

• I can assure you that one premise of this article is a steaming pile of ca-ca: that “technology has made poor plonk a thing of the past.” Exhibits A-plus: a pinot noir from Bolla, cabs from Cupcake and Red Rock, a JFJ almond sparkling wine (whose idea was that?!?), several offerings from Picket Fence and something called Spin the Bottle. Yeesh, yecch and yuck. People ask why I don’t write more about under-$10 wines; the answer: because most of them are not well made wines. Same goes for too many bottles priced in double figures. On the other hand … 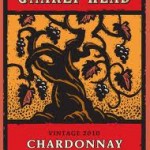 made, more “honest” and balanced than some of the spendier ones. Geyser Peak California, Gnarly Head, Coppola Votre Sente and McManis River Junction — all under $15 — offered up clean, pure fruit and just enough acidity. Meanwhile, some of the over-$25 stuff has been a bit of a mess, with uneven ripeness and not-so-deft touches with the oak and the malo.

• I’ve wondered for a while if Patz & Hall has entirely different winemaking operations. Not divided by varietal or locale, but by approach. Most recently, the Hyde Vineyard Pinot and Dutton Ranch Chardonnay were glorious, letting the fruit shine and play with the acidity, while the Sonoma Coast Pinot and Hudson Vineyard Chard were overripe and overoaked. A few others fell in between on the spoolulated front. It’s the biggest 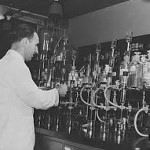 dichotomy I’ve encountered from one vintner between wines that reflect terroir and wines that taste like they were made in a lab.

• I enjoyed a set of solid pinot noirs from La Rochelle, especially the 2010 Deer Meadows Vineyard from Anderson Valley and the Saralee’s Vineyard from the Russian River Valley. I wasn’t as enamored with the Sonoma Coast bottling, but for some reason, instead of dumping it (as I do with most samples), I kept it around. Three nights later, I poured a bit and had a “wowser” moment. The wine was heartier, earthier and more balanced, and it had developed much more structure; it somehow had become the best wine of the lot. I had seen syrah do that but not pinot. Alas, since I barely passed every science course I ever took, I have no explanation.