Stefano Inama could not be more Italian. He dresses smartly, rhapsodizes about “the Italian sky,” laments flamboyance in others and not-so-furtively follows the gait of a curvy

blonde in a bright polka-dot dress until she turns a corner.

“I like the color of the dress,” he explained with a smile. “It is an excellent dress, a beautifully shaped dress. 

So it seems more than a little incongruous when this quintessential Italian starts defining terroir and gushing over a French grape and its role in resuscitating his then-downtrodden region. But is there anything more Italian than being passionate, opinionated and unpredictable? Like when he talks about his initiation into the wine business at age 30 (he had been a scientist):

“I started with sauvignon blanc, about 200 bottles, and hoped that people like it,” he said over lunch in Minneapolis, “and if not I have a big perk for my friends: We can get drunk. People would go, “˜are you crazy? No one will buy sauvignon blanc from here.’ But my father said “˜I love Pouilly-Fumé.’

“We thought it would be good, but we never imagined it would be this good. We had no idea 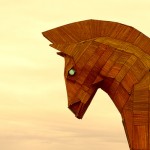 on the adaptation of the vines there. In the beginning it was a nightmare. But it turned out very good. And it became the head of a horse of Troy. When people would like it and I would say ‘have you tried my Soave?’ The name Soave was completely devastated at that time. 

During that time, Inama came to recognize that the term used by vintners in Italy’s western neighbor to define wine is not just about sun and soil.

And yes, he mentioned the soil, which many consider the key part of this whole terroir 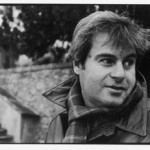 thing, and in the process posited a big difference between two nations’ wines.

“Acidity is France. Minerality is Italy,” Inama said. When asked if minerality in wine really does come from the soil (a current point of heated debate in the blogosphere), Inama held firm. “Of course it does. It’s what the root of the plant is growing in. Basalt is very hard, very difficult to break through. Over millions of years it breaks down and you get sulfur, copper, iron, magnesium, also petrified shells. It’s not a belief; I am a scientist. 

The Soave Classico region has this soil but not the non-Classico area. “Classico is an ancestral wine,” Inama said. “This was a Roman area. They planted 10,000 hectares. In the 1970s because of big demand they expanded into the hills for the Soave DOC. Classico is 100-percent volcanic; the other is alluvial. It was not Bolla; it was the co-ops. Ninety percent of Soave is co-ops. “¦ There’s still too much shitty Soave on the market.  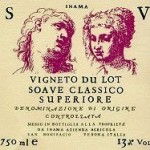 Certainly Inama’s wines reflect that soil. The $16 Soave Classico has a touch of sweetness with a lovely jolt of late acidity; the $28 Inama Soave Classico Superiore Vigneto Du Lot (which changes color every year, Stefano said) is rife with wet stone undergirding fabulous Meyer lemon flavors. The sauvignon blanc, alas, sells out in Italy and doesn’t make it across the pond.

The three reds also reflect the turf from which they come and have great depth, structure and length: the $17 carmenere-based “Piu Plus,” the $30 cab-carmenere blend Brandisismo and the $41 Binomio Montepulciano d’Abruzzo (“my wine with sheep,” Inama said).

Inama is a bit of a pioneer with the carmenere in Italy. “I planted it and tried to register as carmenere and wanted to sell it as carmenere,” he recounted, “but the government said no in 2005 because by law, carmenere doesn’t exist. So we say I invented it. 

Of course, the most renowned red wine from Inama’s neck of the woods is amarone ““ and he’s having none of it. “I’ll never make an amarone in my life. It’s too easy to make money. Life is supposed to be difficult. 

And while he maintained that “our goal is to have the winery empty at the end of the year and we are very happy,” Inama said that money is not the object, at least for him.

“If you’re into money, you should leave wine alone. If quality of life is less important than your bank account, you should run away. I make a good salary, meet great people, travel a lot “¦”