• Washington vintners are taking California’s “state grape” to some interesting places. I thoroughly enjoyed two fascinating zinfandels from the Evergreen State: the “Howling Wolfe” from Thurston Wolfe and the new Two Vintners Stone Tree Vineyard (both around $22). They offered up much brighter fruit and clean acidity than pretty much anything I’ve had from California. With a lighter touch and a little less alcohol, it would be easy to call them zins for people who don’t like zin. But I like zin, and I really liked these. 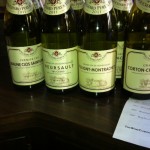 2010 red Burgundies. I had a fab time at the annual Bouchard/Fevre tasting and found quite a few notable 2011 wines. But the whites showed a lot more promise than the reds; I might buy one bottle apiece of the village wines from Pommard and Volnay, plus some Chablis and Meursault. I consider the 2010 reds much better overall, no matter one’s palate preferences. And because the 2012 crop was by all accounts minuscule, we’re looking at a large gap between vintages of high quality and decent quantity.

• Also worth buying is pretty much any white wine from Oregon’s cooler 2010 and 2011 vintages. Latest wowser wine: St. Innocent’s 2010 chardonnay.

• Keg wines, which have made small inroads since I wrote about them two years ago, are getting better. The folks at Proletariat Wine Company were pouring four tap wines at the recent Food & Wine Experience; the two I tried, a sauvignon blanc and a Bordeaux blend, were fabulous. I know there are logistical hurdles to overcome — mostly getting the empty kegs from a Minnesota restaurant to a West Coast winery and back again — but smart people are figuring out a way, I’m sure. 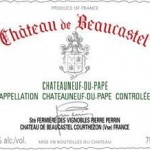 • After sampling two more stupendous Beaucastel Chateauneuf-du-Papes, including one from the “down” 1996 vintage, I am officially ready to declare this the most reliable high-end brand buy out there. DRC La Tache probably matches it, but I haven’t had $2K sitting around to find out.

• At a Washington Wine Panel on which I sat, Dunham Cellars winemaker Dan Wampfler (whose 2010 Trutina was fantastic and is a screamin’ bargain at $29) had one of the most deft, poetic — and truthful — descriptions I’ve heard in a while: “Winemaking is science applied to art.”