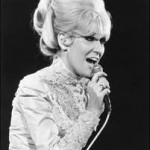 To paraphrase Burt Bacharach, via Dusty Springfield (left) and Dionne Warwick, for years I have been wishin’ and hopin’ that wine consumers would succumb to viognier’s charms. After all, it is a super-seductive grape, from absurdly floral nose to seriously silky finish.

But for that to happen wineries, especially domestically, had to make more good to great viogniers. Now that this is happening, it’s not a reach to predict a steady rise in popularity for this ravishing varietal “” especially for fans of a similarly big-bodied white, chardonnay.

Unlike its Rhone mate syrah, with which it often is blended Down Under, viognier has not one but two California wineries producing widely available renditions in the $10-$12. Cline and McManis produce tasty versions with vibrancy and just the right balance of sweetish fruit and acidity. 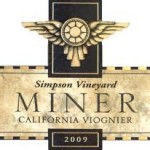 For a few dollars more, the Desert Wind viognier is simply stellar, Miner Family makes a dandy rendition at $20, and Washington state-mates Dusted Valley and K Vintners weigh in with marvelous versions for around $25.

But the best domestic viogniers I’ve had come from central California and fall in the $30-$35 range. Calera has been a perennial favorite, and I recently sampled a 1994 Calera viognier that smelled like Froot Loops but had firm texture, still-fresh fruit and an elegant finish. Denner’s Paso Robles bottling showed great purity and focus, but mostly it’s just a sensual delight.

What these wines share, besides quality, is a deft tamping down of viognier’s potentially overpowering bouquet. I’ve been in a 10-by-10-foot space in which an open bottle of an E. Guigal Condrieu fairly filled the room with its perfume. (Not that there’s anything wrong with that for this perennial world-class wine.)

But in lesser hands, the aromas can be too much of a good thing, as can the alcohol levels. After a couple of decades of tinkering and learning ““ it’s always instructive to note that Guigal and his fellow French vintners have a multi-century head start in this arena ““ U.S. growers and winemakers are now nailing viognier.