Some notes, quotes and anecdotes of recent vintage: 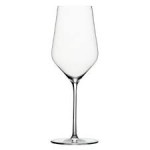 • At a gathering the other night, my pal Joe brought his usual great wines plus some new glasses in which to sample them. It was my first encounter with the Zalto line, and I gotta say they beat Riedels in the expressiveness on the nose by a good bit (we did several side-by-side comparisons). Alas, they are out of my price range for any and all things easily breakable.

• My friend Brian had a vinous mini-crisis recently that provide an interesting lesson. His account of what he called “my wine ‘huh’ of the week”: 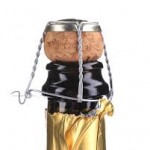 “My mini fridge went on the fritz and started to freeze everything, including two bottles of sparkling. I was convinced that they would be toast, but once thawed I opened one, and it still had perfect carbonation. Same happened to a bottle of Chimay beer I had in there. It did blow the cap off a frozen San Pellegrino sparkling water, but the cages on the sparkling helped contain the pressure, I guess.”

“That genuine extract from a wine journal is the sort of thing that gets the stuff a bad name with a lot of people who would enjoy wine if they could face trying it seriously. Let it be said at once that talking about big shaggy noses and so forth receives a deeper and more educated contempt from real wine drinkers than from the average man in the pub”

• Had lunch a couple of weeks ago with Adam McClary, the delightful co-owner of Gamling & McDuck winery, and among the wines he poured was an out-of-this-world 2011 Gamling Stagecoach Cabernet Franc. The label is distinctive even by the winery’s standards. The story behind it, recounted by Adam:

“The label story is fun, and really sort of heartwarming just because of the general greedy, crappy nature of attaining rights to something. We tried to print a quote from a (rather obscure) song on the back of the bottle once before and ran into the most

ridiculous legalities and attitude. It was super refreshing to collaborate with Wolfgang [Pietrzok, right].

“The Gamling wine label was intended from the beginning to be 100% whatever Gabe [Shaffer, his partner in life and wine] wanted. It’s a very personal wine, and the art had to reflect that. Having done the art-school thing, I have some friends who have gone on to become pretty well-respected photographers. We reached out to two with an idea to shoot nudes in similar poses to an old Yves Gangloff label. We worked on this project for approximately eight months. We looked at hundreds of photographs. I put together hundreds of Photoshop files. We changed the models, we changed the backdrop, the lighting, the color palette, just about everything, twice. It just never seemed right. At one point Gabe walked into the office and said this isn’t right, and we reluctantly scrapped all of that work.

“What a mess. We sent a bunch of wine to the photographers who helped us, and mulled over our next move. Two days later she walked up to me with a clipping from a magazine that she’d been carrying around for 15 years. She asked if we could use it, and I said that’s not how copyright works. Ha! But you know tenacious Gabe; rather than say ‘ah shucks’ and let it go, she wrote Wolfgang a letter. 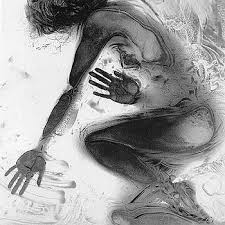 “Wolfgang Pietrzok is a very well-respected German photographer. I believe he’s in his 70s, and continues to work today. The photo of the clipping is part of a series called ‘Contusions.’

“She told him all about our little label, and about her appreciation of his work, and a week later she received a response from him. He seemed to give the go-ahead to use the work, but also became a bit long-winded about the Rhône Valley and how much he liked those wines (he never mentioned the Loire 😊). She wrote back to verify that we could in fact use his photograph, and this time he responded with high-resolution files and a clear OK.

“It was really neat – you just don’t see that sort of thing, that generosity. So we flipped the image on its side and inverted it to make it make more sense for the wine label, bottled it and sent him a case. A month later he sent another letter warmly recalling opening a bottle with his granddaughter. Gabe got all teary just reading it.

“I said it earlier, but I’ll repeat it: Collaboration and copyright and business and art usually doesn’t work out this sweetly. Wolfgang has just been simply incredible, and we couldn’t be more proud to have his art on ours.”