People tend to think that judging wine competitions is pure, unadulterated fun. I suggest they try 71 viogniers in 4 hours and give each and every one a fair assessment. But there are of course moments of mirth, or just plain silliness, or actual learning. Among the entertaining and edifying moments at this week’s San Francisco Chronicle competition:

• I got to have dinner with Francis Ford Coppola. Well, he was 50 or so feet away at a banquet-like gathering in his winery’s 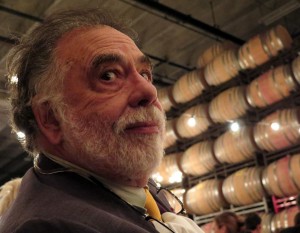 barrel room. Even though I grew up around country music luminaries and had interviewed great athletes and winemakers over the years, I was oddly star-truck. My friend Mike Dunne, who got to sit closer to Coppola, spoke for me when he told Coppola: “Whenever I’m surfing channels and stumble across a showing of ‘The Godfather,’ I simply stop. Doesn’t matter if it is early on in the film or midway or near the end, I’m captivated. It’s irresistible.”

• Out of about 400 wines tasted over three days, we got a handful that were flawed, with wretched odors of different sorts (I described one to our coordinator as “like a high-school wrestling team’s locker room”). Another was assessed by a fellow judge as a “NIMM,” for “not in my mouth.” But we encountered just one corked wine, a very encouraging sign. And when we got a repour from another bottle of the same wine, it earned a gold medal.

• Other pithy expressions from my mates:  “a tasting room wine,” for something showy and short; “hi ho silver!” for a wine that 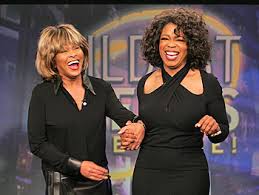 • This was also the first time I ever heard a fellow judge (or anyone) use “zaftig” to describe a wine. When our volunteers asked what he meant, he said “round and exuberant … like Oprah.” Nailed it.

• Some judging is especially difficult (hello, red blends $15-$24.99, where a $15 carbonic-maceration valdigué-based wine might be followed by a beastly one that clearly has a lot of petite sirah). Blessedly, in our assessments of gold, silver, bronze or no medal, we can add plus or minus. While we joke about whether a “Bronze Minus [B-]” is meaningless, I find myself using them more often than not.

• This was my fourth California competition in the last year, and they have had two things in common: great 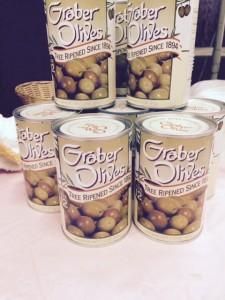 • On my panel, the off-dry domestic rieslings showed the best, with almost 30 percent getting gold or double-gold. A nice surprise.

• Finally, in trying to come up with different ways to describe scores of wine, I concocted a word I might use a lot, even though it might not be a real word: “untasty.” Blessedly, it don’t apply to many of our wines.