It took a long time for Robert Parker to work his way to the podium, inching up with metal crutches (from spinal surgery) and looking much older than 66.

But once he started talking to the attendees at the Symposium for Professional Wine Writers, the legendary wine savant sprung back to life.

Some of his more noteworthy comments:

• “I got interested in wine by fortuitous circumstances. I went to France to protect my investment [a girlfriend, now his wife]. I 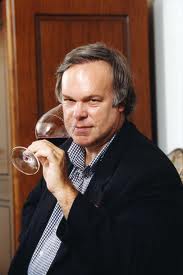 went to see her, and she made me drink wine. I wasn’t fond of alcohol. I thought liquor was numbing, and beer was so filling. We drank bistro wines, probably the kind we wouldn’t touch today. For me, the most important part was a nice euphoria that came incrementally. You could talk after drinking it.”

• “The climb to the top is what makes it worthwhile. Once you get to the top, there’s nothing there.”

• “My alleged thin skin is actually quite thick, just like my waistline.”

• “Wine to me is something that brings people together. Wine does promote conversation and promote civility, but it’s also fascinating. It’s the greatest subject to study. No matter how much you learn, every vintage is going to come at you with different factors that make you have to think again.”

• “People do still want to read tasting notes. It’s as true today as it was 35 years ago. People want some guidepost, some sign that this is what that guy or woman thinks about the wine.” 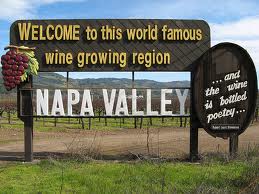 • “California is making more world-class wines than it ever has. I see chards and cabs that can rival France’s best. And I don’t think that story is told enough.”

• “I never met anyone who wants to drink alone; people always want to share wine with another person.”

• “Bordeaux is in a bad, bad patch right now. When some vintages came along, they should have dropped their prices. They’ve got to come to God.”

• “I had a daughter and missed a lot of her upbringing. But it’s a tradeoff. There’s no such thing as the idyllic life.”

• “I think the press from the get-go has overestimated my power and also tried to pigeonhole my taste.”

• “Yes, there are styles I don’t like. … As a consumer advocate you are required, expected to state your opinion. Do I sometimes overdo it? Yes. … Even people that fire back, I can’t fault because they’re coming at it with passion. But there is a simplified knee-jerk reaction to put my palate in a cubbyhole. I hope [“Parkerized”] is in the dictionary someday [laughs].” 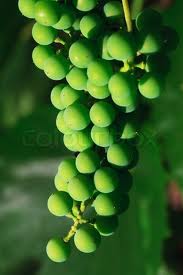 • “I do believe flavor intensity is critical, and I look at what the wine is going to be. You need some power, some richness, some intensity; otherwise, the wine will fall apart because there’s nothing there. … I think it’s a mistake to have a formula where your objective is to have low alcohol. You’re not getting an elegant wine, you’re just picking underripe fruit. I’m gonna flunk a wine that doesn’t have intensity … You haven’t gotten full phenolic expression of grapes or the terroir. Excessive manipulation can be picking too soon or picking too late.”