Some cool stuff I learned about people, places and fermented grape juice at the Northwest Wine Experience, by individual: 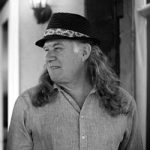 On malbec: “For years I never could see malbec on its own. It seemed everything it had certainly was provided from one of the other grapes. And then I went to Argentina and discovered there that it could stand up by itself. … We have a saying at DeLille, ‘never forget about delicious.’ Made properly, malbec never forgets about delicious.  … In Mendoza, they have high elevation and do extended maceration; they were doing six-week fermentations and even after that keeping it on the skins. Red Willow Vineyard is the highest elevation in Yakima, and we wanted to work to that Argentine aspect.” 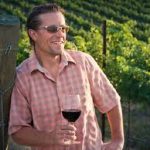 On Washington merlot: “We have huge diversity [in styles]. You can create all kinds of different wines. You can do a Bordeaux-style with lots of acidity, or go bigger Napa style. … We used to say that cab softens the merlot, but to me it rounds out the blend.” 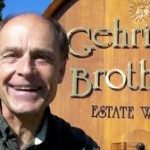 On British Columbia’s wine evolution: “We went through a lot of hybrids. In the 1980s and ’90s, it was  a lot colder; global warming is a reality, and it has helped us. … What our region is going to be famous for is yet to be determined. Cab sauv does really well, sauv blanc, that genetic works here.”

On his journey: “We studied Germany. It just made sense: same parallel, similar winters. … We spent several years evaluating microclimates before we picked our land. It’s 13 miles north of the [U.S.] border, west side of the [South Okanagan] Valley. We have longer days and get more fruit flavor. The photogenesis thing trumps the warmer thing.” 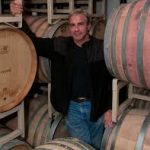 On Oregon conditions: PN needs a certain amount of stress to work … “We get about the same amount of moisture as Burgundy, but they get about the same [amount] every month. Our rain falls typically in winter and spring, and usually by early July it turns pretty arid. But be not afraid of rain because if you’re growing in Oregon, you’re going to get some. Mildew’s a problem every year. … Acidity is the lifeblood of pinot noir and something that’s very attainable in Oregon … 2014 was a wonderful year.”