Ah, spring. A time of reverie and wanderlust. And while these brain games ideally transpire in a sunshiny, flowery meadow, they can unfold just as blissfully indoors, perched on a couch in front of a biggish screen.

Watching “A Year in Burgundy.”

Surpassingly beautiful scenery enhanced by seriously pretty music: Ahhh. But it’s the utterly fascinating people, the region’s compelling history and of course the unsurpassed wines that provide the most satisfaction.

The documentary completely captures the “balance of nature, the terroir and human artistry” that makes this slice of central France so magical for us cork dorks (and for anyone else who visits, btw). Bonus: The geekiest of us can revel in a fabulous explication of how wine can display “very precise minerality.” 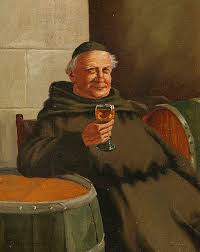 And history buffs will have a blast. Turns out that the ancient Romans marveled at the “vines of unparalleled quality” they found here. And that most of these vines disappeared with the onset of the Goths, and that the “fledgling wine industry might have died for good were it not for Christianity,” as dozens of Medieval cellars were built by Cistercian monks

The cinematography — whether in almost lurid aerial shots of vineyards, closeups of grapes/wine/soil or probes into the faces of vintners and the plates at a Sunday afternoon feast — is striking but not overly showy. The narration by U.S. importer Martine Saunier is deft and insightful. 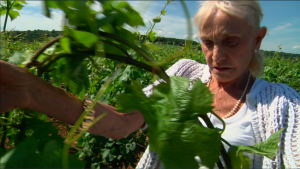 Rather than overly dwelling on the magic and mystery of the region, the film delves into the travails of a single vintage (2011; early heat, then lots of hail and rain) and the differing practices of the vignerons.  The magisterial Lalou Bize-Leroy rails against others’ pruning practices and purrs, “Vines are not well understood. You have to put yourself in their place.” One of her peers claims that ”Progress is pushing us all to make the same kind of wine.”

Throughout, this is the rare documentary that feels real, with no sweet-talking or artifice. Its affection for its subject is contagious, and well worth spending a few hours with on a spring afternoon — or at any time of year.