A half-dozen things I learned while reading Don and Petie Kladstrup’s “Wine & War: The French, The Nazis & the Battle for France’s Greatest Treasure”: 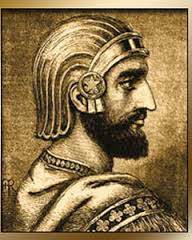 • In the 6th century BC, Cyrus the Great (left) ordered his troops to drink wine as an antidote to infection and illness. Julius Caesar and Napoleon Bonaparte did likewise during their wartime activities.

• More on the wine-is-healthy front from Leon Douarche, vice president of the French Winegrowers’ Association: “The old and ill need wine. It’s an excellent food for them; it’s easily digested and a vital source of vitamins and minerals. It is the best elixir for guaranteeing a long life that has ever been invented.” 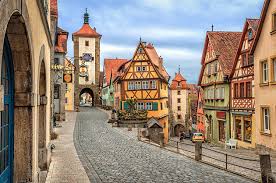 • During the 30 Years War, the city of Rothenburg was spared because e certain Burgermeister Nusch performed quite the heroic deed on a dare: emptying a 3.5-liter goblet of wine in one draught.

• The first year Domaine Romanee-Conti turned a profit was 1959.

• During World War II, there was such a bottle shortage in France that the Resistance fighters couldn’t make Molotov cocktails.

• Jan 24 is the feast day of St. Vincent, patron saint of French winemakers.