Sometimes, it’s best not to listen to the experts, no matter how much you respect them.

Or maybe to listen to them only a little bit.

When David Polite bought some east-facing slopes in the Willamette’s Eola-Amity Hills region in the early 1990s, “I was told by the godfather that I was an idiot.  The iconic 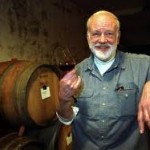 naysayer was none other than David Lett (left), a Willamette pioneer at Eyrie Vineyards. Polite was daunted but not discouraged. “It caused me to, shall we say, slow down. And it turned out to be the best thing I could have done. 

A lawyer, Polite knew that a winery “is possibly the worst business model there is. The time inventory, you’re in three [vintages] deep before you can be selling,” he said. “And we’re in the most regulated business there is aside from heroin. You’re not protected by the Commerce Clause. I have to be in compliance with 5,000 different laws. 

So he sat on his land, which had been home to cattle, prune trees and walnut groves, and waited. “Four years after buying it, I hooked up with a vineyard manager,” Polite said over lunch in Minneapolis. “I didn’t know from crap. He said, “˜yeah, it’s a B, B-plus site.’ In 1996 we planted three acres (of Dijon clone 777), and we ended up getting phenomenal wine. 

Three years later, he planted three acres of clone 115. “It”˜s darker, more of a base. The 777 is more red, so we get high notes and low. Those two are meant to be blended. 

It clearly didn’t take long before Polite did know from crap. He recognized that his vineyards, at 400 to 500 feet elevation, “couldn’t be in more of a sweet spot.  He landed on a certain type of barrel, “woods that are more spice-oriented, [giving off] cinnamon and cedar.  And five years ago, Steve Doerner at Cristom convinced him to go with whole-cluster fermentation.

Like so many Oregonians, Polite also paid special attention to the land. “We do a marriage of organic, some biodynamic, some chemicals to combat powdery mildew and some devoted animal habitat. 

The ’08s were, not surprisingly, spectacular, but the ’07s had the kind of structure and balance that mark them as age-worthy, food-friendly gems, and the ’09 Reserve showed laser focus and lovely play between just-ripe fruit and acidity.

While sipping the classic ’08 Estate, Polite noted that “Pinot has so many layers, and this is just starting to unpeel.  And in discussing the last several vintages (skipping ’08’s nigh-onto-perfect conditions), he unpeeled layers of his approach in the vineyard and the winery, not to mention his work ethic:

2007: “We picked before the rain. When it first went into the bottle, it had no nose and tasted like dirt. I like the acidity and brightness you get from just-ripe fruit. Hang time can be overrated. I did 11 months in oak, 25 percent new, and 4 or 5 days cold soak; with the exception of that, I get out of the way.  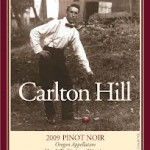 2010: “In addition to a cold year, we were battling birds. I know people who lost 50 percent of their crop to those varmints. I was living in the vineyard. “¦ You have to be out there on the edge to see how vulnerable you are to Mother Nature. 

2011: “Last year was unbelievable. Certain people didn’t get veraison until the second week of September. The days were getting shorter, and it was still cool. Then we had rain the first week and a half of September and then veraison stopped. We had clusters with a mahogany hue, and we looked at those and said “˜that’s never gonna ripen,’ so we went through and dropped all those clusters. We still had some [clusters] with green grapes, which others described as a “˜wide range of ripeness.’ I’m not a scientist, so I’m not sure if [ripening] actually stopped, but we ended up at 22 to 23 brix, and will have 12.5 to 13 percent alcohol. But I know some people were picking at 19. It was a sonuvabitch of a fruit set. I dropped 50 percent of my crop over a month, month and a half. 

2012: “Summer began July 1 and literally lasted 100 days, and we got thisclose (fingers a centimeter apart) to being a vintage of the century. Nice clusters and the berries were small, which maximizes concentration. 

Aside from some trademark work, Polite’s background has helped him a lot in one area of his second career. “As an attorney I always plan for contingencies.  One thing he doesn’t need a judge to tell him: “David Lett, God rest his soul, was wrong. I have a special vineyard, and I like what this vineyard has to say. 