Every so often a great movie has a despicable central character. “You Will Be My Son” pulls off that difficult task with aplomb, thanks to stellar acting, a compelling story and a near-perfect ending (even if viewers might see it coming).

Oh, and the postcard-like vineyard scenes don’t hurt, either. 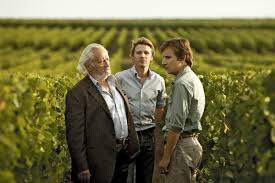 The setting is Bordeaux, and the plot is as layered and the characters as nuanced as that region’s better wines. Director Gilles Legrand shows his ardor for wine in the shots of grapes, the juice that comes from them and the bottles that eventually hold this liquid gold.

In other words, have a Claret at the ready.

It’s not clear at the outset just how wretched a soul Saint-Émilion proprietor Paul de Marseul (Niels Aretrup) is. At first he just seems like the kind of person you would hate to have as a boss. But then François (Patrick Chesnais), who has served him splendidly for four decades as vineyard manager, is stricken with cancer, and Paul must make decisions about his and the winery’s legacy.

Paul’s son, the bright but mousy Martin (Loran Deutsch), is exceedingly anxious to succeed his paternal unit, but Paul has other ideas once François’ son, worldly Philip (Nicolas Bridet), shows up. And the film morphs from an intense melodrama into a ghostly tale and finally a tense thriller. Like the wine Paul presumably makes, the layers unfold gradually but sometimes with a lot of oomph. 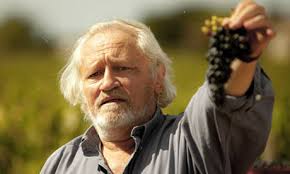 Aretrup masterfully portrays a character who at first seems merely domineering and arrogant but turns out to be far worse. “Wine is without mercy; it doesn’t hesitate,” Paul says at one point, and he might as well have been talking about himself.

Thanks to beautifully drawn characters and great performances, plus a director’s meticulous hand, the Oedipal theme is just one of many complexities coursing through this riveting saga.