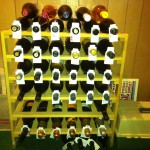 advice for last week’s day-job column on stocking a startup cellar. I had decided that talking to people who were especially plugged in to what constituted value these days was perhaps more helpful than my just rattling off what I would do with, say, $500.

But the prospect of doing that is so alluring that I’m going at it here. I’ll only cheat by not including tax, since that varies so much and is not what we usually think of when we grab bottles and look at the price. To offset that, I’m using the Wine Searcher average rather than seeking out wines that are discounted.

Schloss Gobelsburg Sekt Brut NV ($27): It’s got the yeast and the yin-yang of semi-sweet/dry elements that mark so many wonderful grower Champagnes — for about half the price or less.

Jon. Jos. Prum Kabinett Riesling 2011 ($23): Certainly an auslese might be even more age-worthy. But 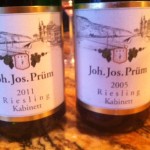 when my friend Mark and I were enjoying this recently, he brought up a 2005, which showed great flavor and complexity. So I want to check out this baby five years hence.

Jean Daneel “Signature” Chenin Blanc 2012 ($23): This white almost surely could age for more than five years, but its beams of fruit and minerality will be rewarding at any ol’ time.

Ramey Russian River Valley Chardonnay 2011 ($38): Yes, California vintners can make age-worthy chards, especially the estimable Mr. Ramey. In fact, a mixed case of his wines sounds like a seriously swell Plan B for this exercise. 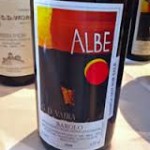 Barbaresco. But supremely gifted young winemakers like Giuseppe Vajra have found a way to make glorious bottles that allow us to “drink up” mightily at this price.

St. Innocent Momtazi Vineyard Pinot Noir 2010 ($37): One of my favorite winemakers tapping into one of my favorite vineyards. Mark Vlossak’s wines tend to age better than most Oregon pinots, and this one from a stellar if underrated vintage has a nice long life ahead of it.

Ridge Lytton Springs 2011 ($38): Zin haters need to first get over themselves and then try some of the 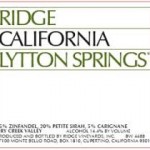 good ones with a little age on them. This peppery, red-berry delight gets more “Italian” and a bit more stewed over the year. Both facets make a terrific wine even more interesting.

Château Ducru-Beaucaillou “La Croix” 2008 ($47): Bordeaux prices have been going through the roof, but there’s still plenty of value to be found in the $30-to-$50 range. It’s never a bad idea to go for a second or third label from a fabulous winery such as this one.

Chateau de Pibarnon Bandol Rouge 2007 ($47): I loves me some mourvedre, and no place does it 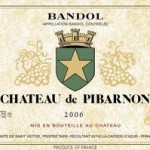 better than Bandol. I consider this winery every bit as accomplished as the spendier (and fantastic) Domaine Tempier. This deep, dark gem will be exuberant at age 12.

Chante Cigale Chateauneuf-du-Pape 2010 ($40): There’s also some mourvedre (often a lot) in this marvelously multilayered blend, from a winery that somehow tops most of its neighbors in quality at half the price or less. 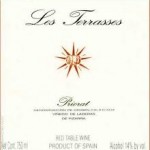 than-stellar wines. The Finca Dofi that sells for twice the price is one of Spain’s greatest products, but this layered, lovely and earthy garnacha will do just fine.

Baumard Quarts de Chaume (any vintage, 375 ml., $32): Who needs Sauternes? Not me, with this  resplendent delight with great depth and length.

That adds up to $418 plus tax. I hated to leave out Washington reds and Chablis (and all of Burgundy for that matter) and South America and Australia, and  … well, maybe I’ll do another build-a-case list soon. The only thing for certain is that on any given day, the list would vary. And be hellacious fun to compile.