I bring this up because three interesting wine-related videos have come to my attention during the last week. First, Alder Yarrow found an interesting older film that’s basically an 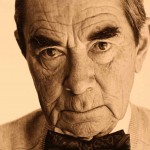 Then there’s a 9-minute clip of one of my very favorite vintners, Ken Wright, talking about his wines. The audio’s not great, but Ken can make geology and dirt and grapes into the most interesting topics around.

Finally, when you have an hour so, check out this alternately hilarious and flabbergasting (often both) “celebrity guide to wine” that the estimable Jon Bonne of the S.F. Chronicle unearthed. Even if you haven’t always wondered what Steven Seagal’s deepest thoughts on wine might be, it’s a stone-cold treat.